From Nordan Symposia
(Redirected from Immediate)
Jump to navigationJump to search 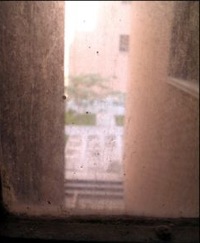 b : present to the mind independently of other states or factors <immediate awareness> c : involving or derived from a single premise <an immediate inference>

b : being near at hand <the immediate neighborhood>

4 a : occurring, acting, or accomplished without loss or interval of time : instant <an immediate need>

b (1) : near to or related to the present <the immediate past> (2) : of or relating to the here and now : current <too busy with immediate concerns to worry about the future>

Immediacy is a philosophical concept related to time and temporal perspectives, both visual, cognitive. Considerations of immediacy reflect on how we experience the world and what reality is. It possesses characteristics of both of the homophonic heterographs 'immanent' and 'imminent', and what entails to both within ontology.

In communication theory, immediacy refers to an individual’s perceived amount of time between an action and its resulting consequences (Crano, 1995). Immediacy can be considered an extension of certainty, however, these two entities are completely separate. In other words, it refers to the relative lack of any lag between an attitudinally implicated action and its consequences.