From Nordan Symposia
(Redirected from Imperialism)
Jump to navigationJump to search 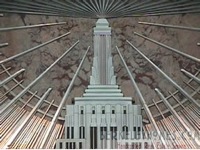 The term empire derives from the Latin imperium. Politically, an empire is a geographically extensive group of states and peoples (ethnic groups) united and ruled either by a monarch (emperor, empress) or an oligarchy. Geopolitically, the term empire has denoted very different, territorially-extreme states — at the strong end, the extensive Spanish Empire (16th c.) and the British Empire (19th c.), at the weak end, the Holy Roman Empire (8th c.–19th c.), in its Medieval and early-modern forms, and the Byzantine Empire (15th c.), that was a direct continuation of the Roman Empire, that, in its final century of existence, was more a city-state than a territorial empire.

Etymologically, the political usage of “empire” denotes a strong, centrally-controlled nation-state, but, in the looser, quotidian, vernacular usage, it denotes a large-scale business enterprise (i.e. a transnational corporation) and a political organisation of either national-, regional-, or city scale, controlled either by a person (a political boss) or a group authority (political bosses). [1]

An imperial political structure is established and maintained two ways: (i) as a territorial empire of direct conquest and control with force (direct, physical action to compel the emperor’s goals), and (ii) as a coercive, hegemonic empire of indirect conquest and control with power (the perception that the emperor can physically enforce his desired goals). The former provides greater tribute and direct political control, yet limits further expansion, because it absorbs military forces to fixed garrisons. The latter provides less tribute and indirect control, but avails military forces for further expansion. [2] Territorial empires (e.g. the Mongol Empire, the Median Empire) tended to be contiguous areas. The term on occasion has been applied to maritime empires or thalassocracies, (e.g. the Athenian , the British Empire) with looser structures and more scattered territories.

An empire is a State with politico-military dominion of populations who are culturally and ethnically distinct from the imperial (ruling) ethnic group and its culture [3] — unlike a federation, an extensive State voluntarily composed of autonomous states and peoples. As a State, an empire might be either territorial or a hegemony, wherein the empire’s sphere of influence dominates the lesser state(s) via divide and conquer tactics, i.e. “the enemy of my enemy is my friend”, (cf. superpower, hyperpower).

What physically and politically constitutes an empire is variously defined; it might be a State effecting imperial policies, or a political structure, or a State whose ruler assumes the title of “Emperor”, thus re-denominating the State (country) as an “Empire”, despite having no additional territory or hegemony, e.g. the Central African Empire or the Korean Empire (proclaimed in 1897 when Korea, far from gaining new territory, was on the verge of being annexed by Japan). The terrestrial empire’s maritime analogue is the thalassocracy, an empire comprehending islands and coasts to its terrestrial homeland, e.g. the Athenian-dominated Delian League.

Unlike an homogeneous nation-state, an heterogeneous (multi-ethnic) colonial empire usually has no common tongue, thus, a lingua franca is most important to governing (administratively, culturally, militarily) to establish imperial unity. To wit, the Macedonians imposed Greek as their unifying, imperial language, yet most of their subject populations continued speaking Aramaic, the lingua franca of the previous, Persian Empire, overlord. The Romans successfully imposed Latin upon Western continental Europe, but less successfully in Britain and in Western Asia; in the Middle East, the Arab Empire established politico-cultural unity via language and religion; the Spanish Empire established Spanish in most all of the American continent, but less so in Paraguay and in the Philippines; the British Empire established itself with English in northern North America; elsewhere, despite Russian not supplanting the indigenous tongues of the Caucasus and Central Asia, the Russians learned the tongues of their imperial subjects.[1]