From Nordan Symposia
(Redirected from Omnipresent)
Jump to navigationJump to search 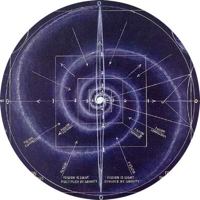 For lessons on the topic of Omnipresence, follow this link.

Omnipresence is the property of being present everywhere. Divine omnipresence is thus one of the divine attributes, although in western thought it has attracted less philosophical attention than such attributes as omnipotence or omniscience.

In western theism omnipresence is roughly described as the ability to be present in every place at any, and/or every, time - referring to an unbounded or universal presence. It is related to the concept of ubiquity, the ability to be everywhere at once - that is, at every point in space during a given instant.

This characteristic is most commonly used in a religious context, as most doctrines bestow the trait of omnipresence onto a superior, usually a deity commonly referred to as God by monotheists. This idea differs from Pantheism.

Hinduism, and other religions that derive from it, incorporate the theory of transcendent and immanent omnipresence which is the traditional meaning of the word, Brahman. This theory defines a universal and fundamental substance, which is the source of all physical existence.

Some argue that omnipresence is a derived characteristic: an omniscient and omnipotent deity knows every thing and can be and act everywhere, simultaneously. Others propound a deity as having the "Three O's", including omnipresence as a unique characteristic of the deity. Most Christian denominations — following theology standardized by the Nicene Creed —explains the concept of omnipresence in the form of the "Trinity", by having a single deity (God) made up of three omnipresent persons, Father, Son and Holy Spirit.