From Nordan Symposia
(Redirected from Performs)
Jump to navigationJump to search 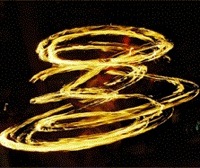 A performance, in performing arts, generally comprises an event in which one group of people (the performer or performers) behave in a particular way for another group of people (the audience). Sometimes the dividing line between performer and the audience may become blurred, as in the example of "participatory theatre" where audience members might get involved in the production. Singing choral music, and performing in a ballet are examples. Usually the performers participate in rehearsals beforehand. Afterwards audience members often clap, indicating appreciation. However, sometimes this rule is reversed. In Japan, the greatest compliment is complete silence.

For lessons on the topic of Performance, follow this link.

Performances, for example in theatre, can take place daily, or at some other regular interval. Performances can take place at someone's house, in a subway, or even at a dollar store. A performance may also describe the way in which an actor performs. In a solo capacity, it may also refer to a mime artist, comedian, conjurer, or other entertainer.