From Nordan Symposia
(Redirected from Primitives)
Jump to navigationJump to search 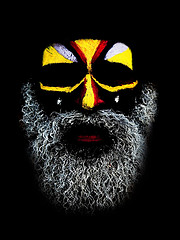 Primitive is a subjective label used to imply that one thing is less "sophisticated" or less "advanced" than some other thing. Being a comparative word it is also relative in nature.

Indigenous peoples and their beliefs and practices are sometimes described as "primitive", a usage that is seen as unhelpful and inaccurate by the vast majority of contemporary anthropologists and similar professionals.

There are also various political or theoretical concepts regarding the primitive condition, or its advocation. Primitive communism postulates a pre-agrarian form of communism. Anarcho-primitivism advocates a return to a primitive condition. Luddites had a related philosophy.[2]