From Nordan Symposia
(Redirected from Prohibited)
Jump to navigationJump to search 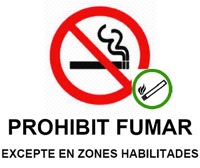 classical Latin prohibit-, past participial stem of prohib{e}re to forbid, stop, to prevent, preclude, to withhold, to proscribe, ban, to restrain

Prohibition of alcohol, often referred to simply as prohibition, is a sumptuary law which restricts or prohibits the manufacture, transportation, import, export, and sale of alcohol and alcoholic beverages. The term can also apply to the periods in the histories of the countries during which the prohibition of alcohol was enforced. Use of the term as applicable to a historical period is typically applied to countries of European culture. In some countries of the Muslim world, consumption of alcoholic beverages is forbidden according to Islamic Law — though the strictness by which this prohibition was and is enforced varies considerably between various Islamic countries and various periods in their history.[1]