From Nordan Symposia
(Redirected from Zeal)
Jump to navigationJump to search 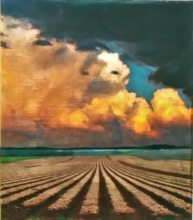 b. An object of (freq. temporary) enthusiasm; an action or idea about which one feels enthusiastic, a ‘craze’.

For lessons on the topic of Enthusiasm, follow this link.

Enthusiasm originally meant inspiration or possession by a divine afflatus or by the presence of a god. Johnson's Dictionary, the first comprehensive dictionary of the English language, defines enthusiasm as "a vain belief of private revelation; a vain confidence of divine favour or communication." In current English vernacular the word simply means intense enjoyment, interest, or approval.

Originally, an enthusiast was a person possessed by a god. Applied by the Greeks to manifestations of divine possession, by Apollo (as in the case of the Pythia), or by Dionysus (as in the case of the Bacchantes and Maenads), the term enthusiasm was also used in a transferred or figurative sense. Socrates have said that the inspiration of poets is a form of enthusiasm.

Its uses were confined to a belief in religious inspiration, or to intense religious fervour or emotion. Thus, a Syrian sect of the 4th century was known as the Enthusiasts. They believed that "by perpetual prayer, ascetic practices and contemplation, man could become inspired by the Holy Spirit, in spite of the ruling evil spirit, which the fall had given to him". From their belief in the efficacy of prayer, they were also known as Euchites.

Several Protestant sects of the 16th and 17th centuries were called enthusiastic. During the years that immediately followed the Glorious Revolution, "enthusiasm" was a British pejorative term for advocacy of any political or religious cause in public. Such "enthusiasm" was seen in the time around 1700 as the cause of the previous century's English Civil War and its attendant atrocities, and thus it was an absolute social sin to remind others of the war by engaging in enthusiasm. The Royal Society bylaws stipulated that any person discussing religion or politics at a Society meeting was to be summarily ejected for being an "enthusiast."[citation needed] During the 18th century, popular Methodists such as John Wesley or George Whitefield were accused of blind enthusiasm (i.e. fanaticism). [edit]Modern usage

In contemporary usage, enthusiasm has lost its religious significance. It now signifies a whole-hearted devotion to an ideal, cause, study or pursuit, or merely being visibly excited about what one's doing. Sometimes, in a deprecatory sense, it implies partisan devotion blind to difficulties and objections. Science-fiction writer Thomas M. Disch once suggested that the mystical experiences of writer Philip K. Dick might be described as a form of enthousiasmos.[citation needed] The Enthusiast also refers to the "Type Seven" personality type (not to be confused with the "Type Three"/"Type A" personality) (Daniels & Price 2000). People who fall into this modern definition of "enthusiasts" are adventurous, constantly busy with many activities with all the energy and enthusiasm of the Puer Aeternus (Peter Pan Complex). At their best they embrace life for its varied joys and wonders and truly live in the moment but, at their worst, they dash frantically from one new experience to another, too scared of disappointment to actually enjoy themselves. Enthusiasts fear being unable to provide for themselves or to experience life in all of its richness.

The term is sometimes used to describe the demeanor of fans of various activities or organizations, ranging from hunting aficionadoes to wine lovers.

Enthusiasm definition-eager liking or interest. Enthusiast definition-a person who is full of enthusiasm for something