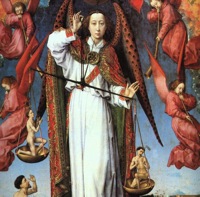 The term judgment (American English) or judgement (British English) generally refers to the considered evaluation of evidence in the formation of making a decision. The term has three distinct uses:

For lessons on the topic of Judgment, follow this link.

In formulating cognitive judgments, a formal process of evaluation applies. A judgment may be expressed as a statement, e.g. S1: 'A is B' and is usually the outcome of an evaluation of alternatives. The formal process of evaluation can sometimes be described as a set of conditions and criteria that must be satisfied in order for a judgment to be made. What follows is a suggestive list of some conditions that are commonly required:

Without a rigorous analysis, a rigid set of criteria for all forms of judgment, this often results in unnecessary restrictions to judgment methodologies, excluding what may otherwise be considered legitimate judgments. For analogous difficulties in science and the scientific method see the entry on the scientific method.

From the criteria mentioned above, we could judge that "It is raining" if there are raindrops hitting the window, if people outside are using umbrellas, and if there are clouds in the sky. Someone who says that despite all this, it is not raining, but cannot provide evidence for this, would not undermine our judgment.

However, if they demonstrated that there was a sophisticated projection and audio system to produce the illusion of our evidence, then we would probably reconsider our judgment. However, we would not do this lightly, we would demand evidence of the existence of such a system. Then it would need to be decided again upon available new evidence whether or not it was raining.

Many forms of judgment, including the above example, require that they be supported by, and support, known facts which are themselves well supported, and its negation must be shown to be unfounded, before it is accepted as well founded.