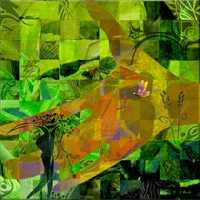 1. a. The saving of the soul; the deliverance from sin and its consequences, and admission to eternal bliss, wrought for man by the atonement of Christ. [eccl. L. salvatio, rendering Gr. .]

b. in formulas of asseveration.
c. year of (man's) salvation, a year reckoned from the birth of Christ: after med.L. anno salutis.
d. Phr. to work out (one's own) salvation; freq. fig., to be independent or self-reliant in striving towards one's goal.
e. (With initial capital.) ellipt. for (a member of) the Salvation Army.

For lessons on the topic of Salvation, follow this link.

2. gen. Preservation from destruction, ruin, loss, or calamity. In mod. use chiefly with more or less allusion to sense 1. for or in salvation of: in order to save or preserve.

3. A source, cause or means of salvation; a person or thing that saves. Now chiefly in phr. to be the salvation of.

In religion, salvation is the concept that God or other Higher Power, as part of Divine Providence, "saves" humanity from spiritual death or eternal damnation by providing for them an eternal life (cf. afterlife). Salvation has been termed the major theme of the Bible.[1]

World religions share the notion that humanity needs salvation from its present condition since humanity does not manifest its purpose of existence and therefore in some sense is "lost." Judaism, Christianity and Islam—the three monotheistic religions of the world—regard salvation as liberation from the bondage of sin and re-establishing a personal communion with God.[2]

Author Ernest Valea suggests three aspects as important to analyze in assessing the meaning of salvation to a particular religion:

In Buddhism, the problem is suffering and the solution is the Noble Eightfold Path. In some forms of Hinduism, the problem is the cycle of reincarnation and the solution is Self-realization.[6] Some religions claim that salvation can be attained by using only inner human resources such as meditation, accumulation of wisdom, asceticism, rituals, or good deeds. Other religions teach that humans can be saved only through the grace granted by an external personal agent (God, a bodhisattva, an avatar, etc.) One’s duty is to recognize the impossibility of being saved by one's own efforts, and therefore accept grace unconditionally.[2]