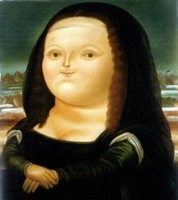 For lessons on the topic of Ridicule, follow this link.

Appeal to ridicule, also called appeal to mockery, the Horse Laugh, or reductio ad ridiculum (Latin: "reduction to the ridiculous"), is a logical fallacy which presents the opponent's argument in a way that appears ridiculous, often to the extent of creating a straw man of the actual argument, rather than addressing the argument itself. For example:

This is a rhetorical tactic which mocks an opponent's argument, attempting to inspire an emotional reaction (making it a type of appeal to emotion) in the audience and to highlight the counter-intuitive aspects of that argument, making it appear foolish and contrary to common sense. This is typically done by demonstrating the argument's logic in an extremely absurd way or by presenting the argument in an overly simplified way, and often involves an appeal to consequences.

Appeal to Ridicule is often found in the form of challenging one's credentials or maturity;

The argument is ridiculed on the basis that having a view commonly associated with youth is somehow invalid.

Although they appear very similar, this fallacy should not be confused with reductio ad absurdum, which is a valid type of logical argument.