From Nordan Symposia
(Redirected from Actual)
Jump to navigationJump to search 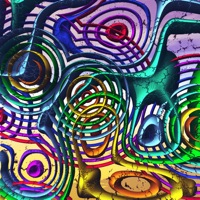 The theory of Potentiality and Actuality is one of the central themes of Aristotle's philosophy and metaphysics. With these two notions, Aristotle intends to provide a structure for the comprehension of reality. Potency refers, generally, to the capacity or power of a virtual reality to come to be in actuality. In broad terms, potency is a capacity, and actuality is its fulfillment.

"Being", ontology according to Aristotle, has many senses. As being can be studied by many sciences in many different aspects, there are different senses in which being can be understood (indeed, if we do not take into account these multiple aspects, philosophy may lose some of its universal scope). In numerous passages of his Metaphysics, Aristotle makes the following divisions:

For lessons on the related topic of Potential, follow this link.

The first distinction deals with being as an unnecessary coincidence: for example, John being a musician and also being tall. It is not necessary for a tall man to be a musician, or vice versa. Thus, Aristotle explains, something is said to be per accidens when two realities are found within a subject, and it is not necessary for them to be so. Being as true and false corresponds to the relation between what is thought and what is real. If I believe a white wall to be red, my belief does not correspond to reality, and so it is false. For Aristotle, this a peculiar kind of non-being. Being as a substance refers to being as the ultimate subject of predication. Accidents are always predicated of a substance (musician and tall, for example, are predicates of John). Thus, accidents depend on a substance for their existence. Potency and act, lastly, are said by Aristotle to be a fourth group of concepts that help us understand being but, unlike the other three, these concepts are said of the whole other three groups (V, 7, Bk 1017a). Potentiality refers to beings that are not yet come to be; actuality refers to beings that have come to be and are now (actually) being.

Potency and actuality as a real distinction

Aristotle argues against those who claim that potency is only a mental concept (that is, not a real sense of being). In Metaphysics IX, 3-4, he argues against Megarics, who claimed that potency could only be had by a subject when the subject was actually performing a specific action. Aristotle claims this is not logical, because then one would only possess a potency when one was exerting its corresponding act. A man who is sitting, for example, would not have the potency to stand. He would only have the potency of standing while actually standing. Aristotle believes this to be paradoxical. He, therefore, believes:

According to Aristotle, there are three great senses of act: movement (kinesis), form, and knowledge. Other senses, like nature (phusis), habit (hexis), etc., may be reduced to these three. Movement is defined by Aristotle in his book on Physics as "The fulfillment of what exists potentially, insofar as it exists potentially, is motion". This is known as a transitive act. Transitivity is the expression of an act in which something changes for something else. Movement can therefore be understood under the more general term of metabolé, that is, change. The corresponding potency is, thus, a transitive potency, or kinetic potency.

Now, substance is a formal act. Moreover, a formal act is always the end of a transitive movement. Substance can also then be understood as metabolé. Indeed, as Aristotle explains movement, it always implies: a cause from which it takes place, a subject in which it takes place, and a form (end, péras) it which knowledge takes place. In all these cases, movement is always found within the categories (the second sense of being mentioned above) and is always a causal act.

To these two senses of act corresponds what Aristotle calls transitive potency, or simply potency. This kind of potency is described in Metaphysics V, 12 and IX, 1-5. The two passages are similar and, in the end, Aristotle reaches a general notion of potency: a principle of movement, that is, the capacity of something to move something. The mover (which is called active potency) moves what is moved (called passive potency). Their union constitutes an act: both are different potencies that join in one and the same act.

The central characteristic of both these potencies (and acts) is that, when acquiring a new form, the old form is lost. When painting a blue wall white, the form blue is lost just as the form white is acquired. That is the concept of transitivity.

There is, however, a different sense of act, that in a way transcends categories. This act is knowledge, or energeia. Aristotle describes it in order to show the difference it has with movement and form:

Since no action which has a limit is an end, but only a means to the end, as, e.g., the process of thinning; and since the parts of the body themselves, when one is thinning them, are in motion in the sense that they are not already that which it is the object of the motion to make them, this process is not an action, or at least not a complete one, since it is not an end; it is the process which includes the end that is an action. E.g., at the same time we see and have seen, understand and have understood, think and have thought; but we cannot at the same time learn and have learnt, or become healthy and be healthy. We are living well and have lived well, we are happy and have been happy, at the same time; otherwise the process would have had to cease at some time, like the thinning-process; but it has not ceased at the present moment; we both are living and have lived. Now of these processes we should call the one type motions, and the other actualizations. Every motion is incomplete--the processes of thinning, learning, walking, building--these are motions, and incomplete at that. For it is not the same thing which at the same time is walking and has walked, or is building and has built, or is becoming and has become, or is being moved and has been moved, but two different things; and that which is causing motion is different from that which has caused motion. But the same thing at the same time is seeing and has seen, is thinking and has thought. The latter kind of process, then, is what I mean by actualization, and the former what I mean by motion

In the Metaphysics Aristotle gives extraordinary examples: we see and we have seen, we think and have thought; but we don’t build and have built. Building is a transitive action, an imperfect action. In the perfect action, praxis, the object (the end of the action) is immediately possessed, at the same time, simultaneously. Knowledge is not a change of a form, a change of quality, because a form is not corrupted by the acquisition of a new one; rather, both forms co-exist in one act. That is why knowledge is not only the possession of a form: it is the possession of another being’s form. And not only that: knowledge is the possession of another’s form as another’s form. When knowing a stone, we do not become the stone, even as we do have its form as one in act with the act of knowledge. Movement does not possess its object. Movement does not exist at once with its object, for possessing the object would mean the end of movement. Movement is not co-actual with its end, as knowledge is.

According to what we have said, if knowledge is not a transitive action, its correspondent potency should also be intransitive. Indeed, it is possible in some texts to find an account of possibility which suggests that Aristotle has in mind a different form of potency. However, the texts are not clear enough, and many interpretations have been given to them. One could, for example, read the following passages: Metaphysics IX, 3, Bk 1047a 24;IX, 6, Bk 1048a 28-30; De Interpretatione 23a 8-16. In this last text Aristotle states that this potency corresponds not only to mobile being, but also to eternal beings (that is, beings outside the range of kinesis).

What follows is only a possible way of accounting for the different meanings of potency in Aristotle. The distinction is made according to the Greek terms:

1. Potency in the order of reality: dynatón.

Later, the notion of possibility will be greatly analyzed by modern philosophers. Indeed, many philosophical interpretations of possibility are related to a famous passage on Aristotle's On Interpretation, concerning the truth of the statement: "There will be a sea battle tomorrow".

Current versions of the notion of possibility are studied by modal metaphysics and modal logic. Some philosophers claim that actuality refers to the act of knowledge (the third sense of act); the transitive act would not be an actuality but, rather, an activity.

From the viewpoint of time and space, reality is further divisible as: