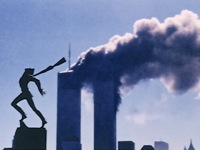 For lessons on the topic of 911, follow this link.

For more probing examinations of these observations, see Complete 911 Timeline at [3] and as well 911Timeline.net at [4] or David Ray Griffin's book, The New Pearl Harbor, ISBN 1-56656-552-9, but be advised, "It will be painful, and disturbing, to turn the pages of this thoughtful and meticulously researched book. But turn we must. For we owe the truth to those who died, and nothing less." — Colleen Kelly, sister of Bill Kelly, Jr., who was killed in the North Tower of the World Trade Center on 9/11, and Co-Founder of September 11th Families for Peaceful Tomorrows.