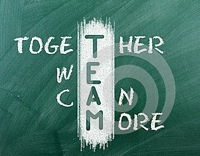 An acronym is an abbreviation formed from the initial components in a phrase or a word. These components may be individual letters (as in laser) or parts of words (as in Benelux and Ameslan). There is no universal agreement on the precise definition of various names for such abbreviations (see nomenclature) nor on written usage (see orthographic styling). In English and most other languages, such abbreviations historically had limited use, but they became much more common in the 20th century. Acronyms are a type of word formation process, and they are viewed as a subtype of blending.