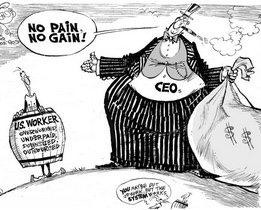 Amorality is an absence of, indifference towards, or disregard for morality.

b: being neither moral nor immoral specifically : lying outside the sphere to which moral judgments apply.

Morality and amorality in humans and animals is a subject of dispute among scientists and philosophers. If morality is intrinsic to humanity, then amoral human beings either do not exist or are only deficiently human. If morality is extrinsic to humanity, then amoral human beings can both exist and be fully human, and as such be amoral either by nature or by choice.

Amoral should not be confused with immoral, which refers to an agent doing or thinking something he or she knows or believes to be wrong.

Any entity that is not sapient may be considered categorically amoral. For example, a rock may be used (by rational agents) for good or bad purposes, but the rock itself is neither good nor bad. In ontological philosophy, the ancient gnostic concept that the material world was inherently evil applied morality to existence itself and was a point of concern in early Christianity in the form of Docetism, as it opposed the notion that creation is good, as stated in The Book of Genesis. In modern science, however, the matter of the universe is often observed amorally for objective purposes.