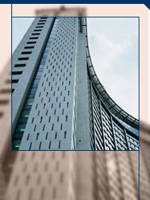 A business (also called a company, enterprise or firm) is a legally recognized organization designed to provide goods and/or services to consumers.[1] Businesses are predominant in capitalist economies, most being privately owned and formed to earn profit that will increase the wealth of its owners and grow the business itself. The owners and operators of a business have as one of their main objectives the receipt or generation of a financial return in exchange for work and acceptance of risk. Notable exceptions include cooperative enterprises and state-owned enterprises. Businesses can also be formed not-for-profit or be state-owned.

For lessons on the topic of Business, follow this link.

The etymology of "business" relates to the state of being busy either as an individual or society as a whole, doing commercially viable and profitable work. The term "business" has at least three usages, depending on the scope — the singular usage (above) to mean a particular company or corporation, the generalized usage to refer to a particular market sector, such as "the music business" and compound forms such as agribusiness, or the broadest meaning to include all activity by the community of suppliers of goods and services. However, the exact definition of business, like much else in the philosophy of business, is a matter of debate.

Although forms of business ownership vary by jurisdiction, there are several common forms:

There are many types of businesses, and because of this, businesses are classified in many ways. One of the most common focuses on the primary profit-generating activities of a business:

There are many other divisions and subdivisions of businesses. The authoritative list of business types for North America is generally considered to be the North American Industry Classification System, or NAICS. The equivalent European Union list is the NACE.

The study of the efficient and effective operation of a business is called management. The main branches of management are:

In recent decades, assets and enterprises that were run by various states have been modeled after business enterprises. In 2003, the People's Republic of China reformed 80% of its state-owned enterprises and modeled them on a company-type management system.[2] Many state institutions and enterprises in China and Russia have been transformed into joint-stock companies, with part of their shares being listed on public stock markets.

Most commercial transactions are governed by a very detailed and well-established body of rules that have evolved over a very long period of time, it being the case that governing trade and commerce was a strong driving force in the creation of law and courts in Western civilization.

As for other laws that regulate or impact businesses, in many countries it is all but impossible to chronicle them all in a single reference source. There are laws governing treatment of labor and generally relations with employees, safety and protection issues (OSHA or Health and Safety), anti-discrimination laws (age, gender, disabilities, race, and in some jurisdictions, sexual orientation), minimum wage laws, union laws, workers compensation laws, and annual vacation or working hours time.

In some specialized businesses, there may also be licenses required, either due to special laws that govern entry into certain trades, occupations or professions, which may require special education, or by local governments. Professions that require special licenses range from law and medicine to flying airplanes to selling liquor to radio broadcasting to selling investment securities to selling used cars to roofing. Local jurisdictions may also require special licenses and taxes just to operate a business without regard to the type of business involved. Some businesses are subject to ongoing special regulation. These industries include, for example, public utilities, investment securities, banking, insurance, broadcasting, aviation, and health care providers. Environmental regulations are also very complex and can impact many kinds of businesses in unexpected ways.

When businesses need to raise money (called 'capital'), more laws come into play. A highly complex set of laws and regulations govern the offer and sale of investment securities (the means of raising money) in most Western countries. These regulations can require disclosure of a lot of specific financial and other information about the business and give buyers certain remedies. Because "securities" is a very broad term, most investment transactions will be potentially subject to these laws, unless a special exemption is available.

Business that have gone "public" are subject to extremely detailed and complicated regulation about their internal governance (such as how executive officers' compensation is determined) and when and how information is disclosed to the public and their shareholders. In the United States, these regulations are primarily implemented and enforced by the United States Securities and Exchange Commission (SEC). Other Western nations have comparable regulatory bodies. The regulations are implemented and enforced by the China Securities Regulation Commission (CSRC), in China. In Singapore, the regulation authority is Monetary Authority of Singapore (MAS), and in Hong Kong, it is Securities and Futures Commission (SFC).

As noted at the beginning, it is impossible to enumerate all of the types of laws and regulations that impact on business today. In fact, these laws have become so numerous and complex, that no business lawyer can learn them all, forcing increasing specialization among corporate attorneys. It is not unheard of for teams of 5 to 10 attorneys to be required to handle certain kinds of corporate transactions, due to the sprawling nature of modern regulation. Commercial law spans general corporate law, employment and labor law, healthcare law, securities law, M&A law (who specialize in acquisitions), tax law, ERISA law (ERISA in the United States governs employee benefit plans), food and drug regulatory law, intellectual property law (specializing in copyrights, patents, trademarks and such), telecommunications law, and more.

In Thailand, for example, it is necessary to register a particular amount of capital for each employee, and pay a fee to the government for the amount of capital registered. There is no legal requirement to prove that this capital actually exists, the only requirement is to pay the fee. Overall, processes like this are detrimental to the development and GDP of a country, but often exist in "feudal" developing countries.

Businesses often have important "intellectual property" that needs protection from competitors for the company to stay profitable. This could require patents or copyrights or preservation of trade secrets. Most businesses have names, logos and similar branding techniques that could benefit from trademarking. Patents and copyrights in the United States are largely governed by federal law, while trade secrets and trademarking are mostly a matter of state law. Because of the nature of intellectual property, a business needs protection in every jurisdiction in which they are concerned about competitors. Many countries are signatories to international treaties concerning intellectual property, and thus companies registered in these countries are subject to national laws bound by these treaties.

Businesses can be bought and sold. Business owners often refer to their plan of disposing of the business as an "exit plan." Common exit plans include IPOs, MBOs and mergers with other businesses. Businesses are rarely liquidated, as it is often very unprofitable to do so.