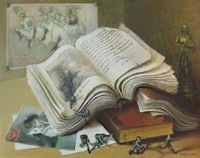 French or Latin; French classique, from Latin classicus of the highest class of Roman citizens, of the first rank, from classis

b : noted because of special literary or historical associations <Paris is the classic refuge of expatriates>

A classic is an outstanding example of a particular style, something of lasting worth or with a timeless quality. The word can be an adjective (a classic car) or a noun (a classic of English literature). It denotes a particular quality in art, architecture, literature, design, technology, or other cultural artifacts. In commerce, products are named 'classic' to denote a long standing popular version or model, to distinguish it from a newer variety. Classic is used to describe many major, long-standing sporting events. Colloquially, an everyday occurrence (e.g. a joke or mishap) may be described as 'an absolute classic'.

"Classic" should not be confused with classical, which refers specifically to certain cultural styles, especially in music and architecture: styles generally taking inspiration from the Classical tradition, hence classicism.