From Nordan Symposia
(Redirected from Coercive)
Jump to navigationJump to search 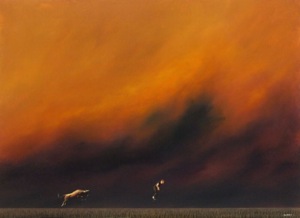 b. Forcible restraint of (action).
c. The enforcement or execution of an ecclesiastical sentence.

Coercion (pronounced /co-er-shon/ or /koʊˈɜrʃən/) is the practice of forcing another party to behave in an involuntary manner (whether through action or inaction) by use of threats, intimidation, trickery, or some other form of pressure or force. Such actions are used as leverage, to force the victim to act in the desired way. Coercion may involve the actual infliction of physical pain/injury or psychological harm in order to enhance the credibility of a threat. The threat of further harm may lead to the cooperation or obedience of the person being coerced. Torture is one of the most extreme examples of coercion. (i.e. Severe pain is inflicted on victims in order to extract the desired information from the tortured party.)[1]