From Nordan Symposia
(Redirected from Comrades)
Jump to navigationJump to search 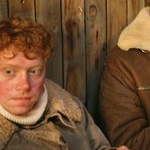 b : a fellow soldier

Comrade means "friend", "colleague", or "ally". The word comes from French camarade. The term has seen use in the military, but is most commonly associated with left-wing movements, where "comrade" has often become a stock phrase and form of address.

The political usage of the term was inspired by the French Revolution. Upon abolishing the titles of nobility, and the terms monsieur and madame (literally, "my lord" and "my lady"), the revolutionaries employed the term citoyen for men and citoyenne for women (both meaning "citizen") to refer to each other. The deposed King Louis XVI, for instance, was referred to as Citoyen Louis Capet to emphasize his loss of privilege.

When the socialist movement gained momentum in the mid-19th century, socialists began to look for an egalitarian alternative to terms like "Mister", "Miss", or "Missus". They chose "comrade" as their preferred term of address. In German, this practice was started in 1875, with the establishment of the Socialist Workers' Party of Germany. In English, the first known use of the word with this meaning was in 1884 in the socialist magazine Justice.[1]