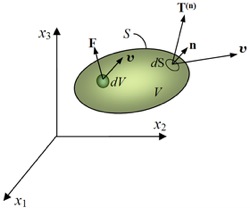 In classical mechanics, momentum (pl. momenta; SI unit kg·m/s, or, equivalently, N·s) is the product of the mass and velocity of an object (p = mv). It is sometimes referred to as linear momentum to distinguish it from the related subject of angular momentum. Linear momentum is a vector quantity, since it has a direction as well as a magnitude. Angular momentum is a pseudovector quantity because it gains an additional sign flip under an improper rotation. The total momentum of any group of objects remains the same unless outside forces act on the objects (law of conservation of momentum).

Momentum is a conserved quantity, meaning that the total momentum of any closed system (one not affected by external forces) cannot change. This law is also true in special relativity.

For lessons on the topic of Momentum, follow this link.

History of the concept

Mōmentum was not merely the motion, which was mōtus, but was the power residing in a moving object, captured by today's mathematical definitions. A mōtus, "movement", was a stage in any sort of change,[1] while velocitas, "swiftness", captured only speed. The Romans, handicapped by the limitations inherent in the Roman numeral system which lacks a symbol for zero, took these ideas no further.

The concept of momentum in classical mechanics was originated by a number of great thinkers and experimentalists. The first of these was Ibn Sina (Avicenna) circa 1000, during the Islamic Renaissance who referred to impetus as proportional to weight times velocity.[2] René Descartes later referred to momentum as mass times velocity and as the fundamental force of motion. This allowed Descartes to maintain that mass and velocity are fundamental and conserved, everywhere and all the time.[3] Galileo, later, in his Two New Sciences, used the Italian word "impeto."

The question has been much debated as to what Isaac Newton contributed to the concept. The answer is apparently nothing, except to state more fully and with better mathematics what was already known. Yet for scientists, this was the death knell for Aristotelian physics and supported other progressive scientific theories (i.e., Kepler's laws of planetary motion). Conceptually, the first and second of Newton's Laws of Motion had already been stated by John Wallis in his 1670 work, Mechanica sive De Motu, Tractatus Geometricus: "the initial state of the body, either of rest or of motion, will persist" and "If the force is greater than the resistance, motion will result".[4] Wallis uses momentum and vis for force.

Newton's Philosophiæ Naturalis Principia Mathematica, when it was first published in 1686, showed a similar casting around for words to use for the mathematical momentum. His Definition II[5] defines quantitas motus, "quantity of motion", as "arising from the velocity and quantity of matter conjointly", which identifies it as momentum.[6] Thus when in Law II he refers to mutatio motus, "change of motion", being proportional to the force impressed, he is generally taken to mean momentum and not motion.[7]

It remained only to assign a standard term to the quantity of motion. The first use of "momentum" in its proper mathematical sense is not clear but by the time of Jenning's Miscellanea in 1721, four years before the final edition of Newton's Principia Mathematica, momentum M or "quantity of motion" was being defined for students as "a rectangle", the product of Q and V where Q is "quantity of material" and V is "velocity", s/t.[8]

Some languages, such as French and Italian, still lack a single term for momentum, and use a phrase such as the literal translation of "quantity of motion".[1]

"Thus he considered impetus as proportional to weight times velocity. Avicenna was later to be given the title of the father of momentum. In other words, his conception of impetus comes very close to the concept of momentum of Newtonian mechanics."