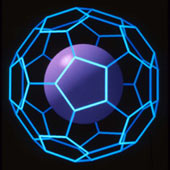 Quantity is a kind of property which exists as magnitude or multitude. It is among the basic classes of things along with quality, substance, change, and relation. Quantity was first introduced as quantum, an entity having quantity. Being a fundamental term, quantity is used to refer to any type of quantitative properties or attributes of things. Some quantities are such by their inner nature (as number), while others are functioning as states (properties, dimensions, attributes) of things such as heavy and light, long and short, broad and narrow, small and great, or much and little. A small quantity is sometimes referred to as a quantulum.

Two basic divisions of quantity, magnitude and multitude (or number), imply the principal distinction between continuity (continuum) and discontinuity.

Under the names of multitude come what is discontinuous and discrete and divisible into indivisibles, all cases of collective nouns: army, fleet, flock, government, company, party, people, chorus, crowd, mess, and number. Under the names of magnitude come what is continuous and unified and divisible into divisibles, all cases of non-collective nouns: the universe, matter, mass, energy, liquid, material, animal, plant, tree.

Along with analyzing its nature and classification, the issues of quantity involve such closely related topics as the relation of magnitudes and multitudes, dimensionality, equality, proportion, the measurements of quantities, the units of measurements, number and numbering systems, the types of numbers and their relations to each other as numerical ratios.

Thus quantity is a property that exists in a range of magnitudes or multitudes. Mass, time, distance, heat, and angular separation are among the familiar examples of quantitative properties. Two magnitudes of a continuous quantity stand in relation to one another as a ratio, which is a real number.

The concept of quantity is an ancient one which extends back to the time of Aristotle and earlier. Aristotle regarded quantity as a fundamental ontological and scientific category. In Aristotle's ontology, quantity or quantum was classified into two different types, which he characterized as follows:

In his Elements, Euclid developed the theory of ratios of magnitudes without studying the nature of magnitudes, as Archimedes, but giving the following significant definitions:

A magnitude is a part of a magnitude, the less of the greater, when it measures the greater; A ratio is a sort of relation in respect of size between two magnitudes of the same kind.

For Aristotle and Euclid, relations were conceived as whole numbers (Michell, 1993). John Wallis later conceived of ratios of magnitudes as real numbers as reflected in the following:

That is, the ratio of magnitudes of any quantity, whether volume, mass, heat and so on, is a number. Following this, Newton then defined number, and the relationship between quantity and number, in the following terms: "By number we understand not so much a multitude of unities, as the abstracted ratio of any quantity to another quantity of the same kind, which we take for unity" (Newton, 1728).

Continuous quantities possess a particular structure which was first explicitly characterized by Hölder (1901) as a set of axioms which define such features as identities and relations between magnitudes. In science, quantitative structure is the subject of empirical investigation and cannot be assumed to exist a priori for any given property. The linear continuum represents the prototype of continuous quantitative structure as characterized by Hölder (1901) (translated in Michell & Ernst, 1996). A fundamental feature of any type of quantity is that the relationships of equality or inequality can in principle be stated in comparisons between particular magnitudes, unlike quality which is marked by likeness, similarity and difference, diversity. Another fundamental feature is additivity. Additivity may involve concatenation, such as adding two lengths A and B to obtain a third A + B. Additivity is not, however, restricted to extensive quantities but may also entail relations between magnitudes that can be established through experiments which permit tests of hypothesized observable manifestations of the additive relations of magnitudes. Another feature is continuity, on which Michell (1999, p. 51) says of length, as a type of quantitative attribute, "what continuity means is that if any arbitrary length, a, is selected as a unit, then for every positive real number, r, there is a length b such that b = ra".

Being of two types, magnitude and multitude (or number), quantities are further divided as mathematical and physical. Formally, quantities (numbers and magnitudes), their ratios, proportions, order and formal relationships of equality and inequality, are studied by mathematics. The essential part of mathematical quantities is made up with a collection variables each assuming a set of values and coming as scalar, vectors, or tensors, and functioning as infinitesimal, arguments, independent or dependent variables, or random and stochastic quantities. In mathematics, magnitudes and multitudes are not only two kinds of quantity but they are also commensurable with each other. The topics of the discrete quantities as numbers, number systems, with their kinds and relations, fall into the number theory. Geometry studies the issues of spatial magnitudes: straight lines (their length, and relationships as parallels, perpendiculars, angles) and curved lines (kinds and number and degree) with their relationships (tangents, secants, and asymptotes). Also it encompasses surfaces and solids, their transformations, measurements and relationships.

Establishing quantitative structure and relationships between different quantities is the cornerstone of modern physical sciences. Physics is fundamentally a quantitative science. Its progress is chiefly achieved due to rendering the abstract qualities of material entities into the primary quantities of physical things, by postulating that all material bodies marked by quantitative properties or physical dimensions, which are subject to some measurements and observations. Setting the units of measurement, physics covers such fundamental quantities as space (length, breadth, and depth) and time, mass and force, temperature, energy and quantum.

Quantity in logic and semantics

In respect to quantity, propositions are grouped as universal and particular, applying to the whole subject or a part of the subject to be predicated. Accordingly, there are existential and universal quantifiers. In relation to the meaning of a construct, quantity involves two semantic dimensions: 1. extension or extent (determining the specific classes or individual instances indicated by the construct) 2. intension (content or comprehension or definition) measuring all the implications (relationships and associations involved in a construct, its intrinsic, inherent, internal, built-in, and constitutional implicit meanings and relations).

In human languages, including English, number is a syntactic category, along with person and gender. The quantity is expressed by identifiers, definite and indefinite, and quantifiers, definite and indefinite, as well as by three types of nouns: 1. count unit nouns or countables; 2. mass nouns, uncountables, referring to the indefinite, unidentified amounts; 3. nouns of multitude (collective nouns). The word ‘number’ belongs to a noun of multitude standing either for a single entity or for the individuals making the whole. An amount in general is expressed by a special class of words called identifiers, indefinite and definite and quantifiers, definite and indefinite. The amount may be expressed by: singular form and plural from, ordinal numbers before a count noun singular (first, second, third…), the demonstratives; definite and indefinite numbers and measurements (hundred/hundreds, million/millions), or cardinal numbers before count nouns. The set of language quantifiers covers "a few, a great number, many, several (for count names); a bit of, a little, less, a great deal (amount) of, much (for mass names); all, plenty of, a lot of, enough, more, most, some, any, both, each, either, neither, every, no". For the complex case of unidentified amounts, the parts and examples of a mass are indicated with respect to the following: a measure of a mass (two kilos of rice and twenty bottles of milk or ten pieces of paper); a piece or part of a mass (part, element, atom, item, article, drop); or a shape of a container (a basket, box, case, cup, bottle, vessel, jar).

Some further examples of quantities are: