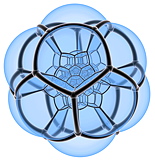 For lessons on the topic of Physics, follow this link.

The field of physics is extremely broad, and can include such diverse studies as quantum mechanics and theoretical physics to applied physics and optics. Modern physics is becoming increasingly specialized, where researchers tend to focus on a particular area rather than being "universalists" like Albert Einstein and Lev Landau, who worked in multiple areas.[1]