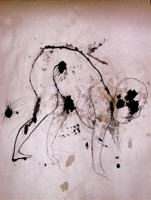 Condonance may be made when an accuser has previously forgiven or condoned (in some way or at some level supported) the act about which they are complaining. In some legal jurisdictions, and for certain behaviors, it may prevent the accuser from prevailing.

For example, if a creditor states that they forgive a certain debt, they might be blocked (or estopped) from attempting to collect that debt later. They would not be blocked from collecting any other debts, however. Condonation may also be a defense in cases of dismissal from employment for cause where the employer by word or conduct forgives or impliedly forgives behavior which would otherwise justify dismissal without notice.

On the other hand, condonation is irrelevant to some acts. For example, some jurisdictions prohibit fighting by consent (other than in specially-sanctioned sports, such as boxing). In such a jurisdiction, people arrested for brawling cannot avoid prosecution by condoning one other's assaults.