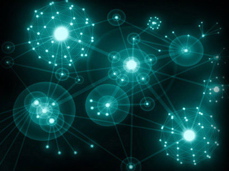 Cosmotheology is to be distinguished from Derham's eighteenth-century astrotheology in that the main thrust of the former is not to offer proof of God or God's attributes, but to use Nature to inform a much broader range of theological discussion. The history of the extraterrestrial life debate gives us some idea of the elements of a cosmotheology as perceived by our predecessors. Although we need not be bound by their limits, the problems of the new universe for Christianity are fairly clear, and will become clearer for other religions as their attitudes toward life on other worlds become better known. Whatever the tenets of a specific religion, we offer five general principles for cosmotheology.

Nowhere in all space or on a thousand worlds will there be men to share our loneliness. There may be wisdom; there may be power; somewhere across space great instruments, handled by strange, manipulative organs, may stare vainly at our floating cloud wrack, their owners yearning as we yearn. Nevertheless, in the nature of life and in the principles of evolution we have had our answer. Of men elsewhere, and beyond, there will be none forever.10

But uniqueness of form does not make us central to the story of the universe. Nor, one would think, should it make us the special object of attention of any deity.

In my opinion, religions will adjust to these cosmotheological principles because the alternative is extinction. The adjustment will be most wrenching for those monotheistic religions that see man in the image of God (Judaism, Christianity, and Islam), a one-to-one relationship with a single Godhead. It will be less wrenching for Eastern religions that teach salvation through individual enlightenment (Buddhism and Hinduism) rather than through a Savior, or that are this-worldly (Confucianism) rather than otherworldly. The adjustment will not be to the physical world, as in Copernicanism, nor to the biological world, as in Darwinism, where man descended from the apes but still remained at the top of the terrestrial world. Rather the adjustment will be to the biological universe, in which intelligences are likely to be superior to us for reasons stated above.[1]