From Nordan Symposia
(Redirected from Crowd)
Jump to navigationJump to search 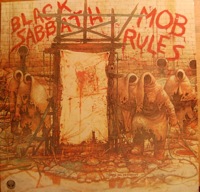 Ochlocracy (Greek: οχλοκρατία or okhlokratía; Latin: ochlocratia) or mob rule is government by mob or a mass of people, or the intimidation of legitimate authorities. As a pejorative for majoritarianism, it is akin to the Latin phrase mobile vulgus meaning "the fickle crowd", from which the English term "mob" was originally derived in the 1680s.

The term appears to have been coined by Polybius in his Histories (6.4.6).[2] He uses it to name the 'pathological' version of popular rule in opposition to the good version, which he refers to as democracy. There are numerous mentions of the word "ochlos" in the Talmud (where "ochlos" refers to anything from "mob," "populace" to "armed guard"), as well as in Rashi, a Jewish commentary on the Bible. The word is recorded in English since 1584, derived from the French ochlocratie (1568), which stems from the original Greek okhlokratia, from okhlos "mob" and kratos "rule, power, strength"

An ochlocrat is one who is an advocate or partisan of ochlocracy. It can also be used as an adjective (ochlocratic or ochlocratical).

The threat of "mob rule" to a democracy is restrained by ensuring the rule of law protects minorities or individuals against short-term demagoguery or moral panic.[1]