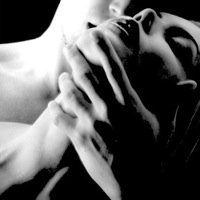 Passion (from the Latin verb patior, meaning to suffer or to endure, also related to compatible) is an emotion applied to a very strong feeling about a person or thing. Passion is an intense emotion compelling feeling, enthusiasm, or desire for something. The term is also often applied to a lively or eager interest in or admiration for a proposal, cause, or activity or love.

Passion is the abandonment of the ego to an object (a person or abstract idea) that has taken the place of the ego ideal. The relationship is one of alienation, wherein the object of desire has become an object of need.

Although Freud made frequent references to passion—individual or collective—throughout his work, he did not distinguish it from the state of being in love, which for him found its extreme manifestation in passion. Subsequently, other authors examined the specific characteristics of this state, which resembles addiction in some respects.

In passion the psychoanalyst encounters both philosophical and psychiatric elements. Plato, in the Phaedrus, described the phenomenon as a burning condition, where the soul separates from the body. Marsilio Ficino saw the "divine fury" as an illumination of the soul, and Giordano Bruno saw in the "heroic fury" the alienation in which self-conscious vanished. Hegel claimed that "nothing great is accomplished without passion." Similarly, Freud referred to the passionate abandonment to an abstract idea or ideal, even to research, as he found in Leonardo da Vinci (1910c)—and in himself.

Concerning the passion associated with being in love (1921c), it is the degree of idealization of the object and the corresponding weakening of the ego that leads to the submissiveness of the subject. Freud used a model of the hypnotic relationship to describe the crowd's subjugation to its leader: "A primal horde is the sum of individuals who have put a single object in place of their ego ideal and consequently, in their ego, have identified with one another." Freud's study of the Gradiva is situated at the border between love cathexis and passionate investment in an abstraction (1907a). The "delusion" consisted precisely in substituting the latter (the archeological revivification) for the living young girl whom the hero no longer recognizes. From the repressed memory to fantasy and delusion, there is a sense of continuity, similar to what Freud had found between love and passion.

The passionate cathexis of a sublimated activity is caused by a transposition, a redirection of drive. Leonardo, "having transposed his passion into the thirst for knowledge, now abandoned himself to the investigation with the tenacity, continuity, and penetration that are associated with passion" (1910c). The origin of the disposition to passion may relate to the intensity of the erotic relationship between mother and child ("My mother crushed my mouth with countless kisses," wrote Leonardo). In "Observations on Transference Love" (1915a [1914]), Freud associated the tumultuous passion of the patient for the analyst with resistance. Aside from the technical issue, he goes on to point out that this apparent abandonment to love is in fact a demand without any basis in reality. Those patients "would like, with their passion disconnected from any social bond, to keep the doctor at their mercy." This relation of subjugation, compared by Freud to the dangerous manipulation of explosive substances, is closer, in spite of his claims, to an erotomaniacal form of paranoia than to the state of being in love, even when intense.

Piera Aulagnier (1979) developed a new approach to the concept of passion, which she defined as "a relation in which an object has become, for the I, another exclusive source of all pleasure and has been displaced in the hierarchy of needs." There are three prototypes for this: the relation of the drug addict to the drug, the relation of the gambler to the game, the relation of an other to the I, that is, "amorous passion," which is qualitatively and not quantitatively different from being in love. Characterized by an asymmetry between the two partners, where one appears as unattainable, the personal relation assumes a desire for subjugation supported by an "inductor," or passion instigator, which uses the suffering of the other to control emotions.

Literature provides invaluable support for extending the psychoanalytic study of passion. In it can be found constant elements such as the fantasy of an opaque and explosive body, the negation of the natural rhythm of time, which is always present in its instantaneity, and the infinite extension of space in the representation of a fusion that is always situated in the future. The impassioned individual struggles to counter-cathect an impossible mourning and, more profoundly, to realize an absent narcissistic unity. The vital question embodied by passion is well illustrated in crimes of passion (Mijolla-Mellor, Sophie de, 1987).

See also: Alienation; "Confusion of Tongues between Adults and the Child, the Language of Tenderness and Passion"; Delusion; "Dostoevsky and Parricide"; Erotomania; Freud, the Secret Passion; Idealization; Group Psychology and the Analysis of the Ego; Leonardo da Vinci and a Memory of his Childhood; Love; Narcissistic elation; Negative therapeutic reaction; Tenderness. Bibliography

a. A narrative of Jesus's Passion (see sense 1c), esp. an account from the Gospels. Also: (esp. in later use) a piece of music, play, etc., representing or depicting the Passion. Cf. PASSION PLAY n. 1.

c. The sufferings of Jesus in the last days of his life, from the Last Supper to his death; the Crucifixion itself. Formerly also in pl. Instruments of the Passion n. the objects associated with Jesus's Passion (the cross, the crown of thorns, the scourge, the nails, etc.).

2. a. The sufferings of a martyr, martyrdom. Also in extended use.

b. A narrative account of the suffering and martyrdom of a saint; a martyr's legend. Occas.: (in extended use) any narrative life or legend. Now hist.

3. gen. A suffering or affliction of any kind. Obs.

4. a. A painful disorder, ailment, or affliction of the body or a part of the body. Freq. with distinguishing word. Obs. In later use only in cardiac, colic, hysteric, iliac passion, etc.: see the first element.

5. In oaths and asseverations, with reference to sense 1, as Christ's passion, passion of me (also my heart, my soul, etc.). Obs.

6. a. As a count noun: any strong, controlling, or overpowering emotion, as desire, hate, fear, etc.; an intense feeling or impulse. Also personified. Cf. AFFECTION n.1 1a.

b. As a mass noun: strong or overpowering feeling or emotion.

c. A fit, outburst, or state marked by or of strong excitement, agitation, or other intense emotion. In early use also: a fit of madness or mental derangement.

d. A literary composition or passage marked by deep or strong emotion; a passionate speech or outburst. Obs.

b. A fit of temper; an outburst of anger or rage. Esp. in to fly (also fall) into a passion. in a passion: violently angry.

9. a. An intense desire or enthusiasm for (also {dag}of) something; the zealous pursuit of an aim.

b. An aim or object pursued with zeal; a thing arousing intense enthusiasm.

10. In pl. The five senses considered as the passive, receptive part of the intellect. Also in sing.: one or all of the senses. Obs.

11. a. The fact or condition of being acted upon; subjection to external force; esp. (Grammar) passivity (opposed to action). Also: an effect produced by an external force. Cf. PASSIVITY n. 1. Obs.

b. A way in which a thing is or may be affected by external agency; an innate quality, property, or attribute of a thing. Cf. AFFECTION n.1 9 , AFFECTION n.1 10. Obs.