From Nordan Symposia
(Redirected from Divorces)
Jump to navigationJump to search 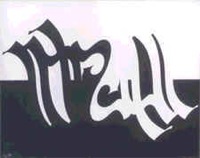 For lessons on the topic of Divorce, follow this link.

Divorce or dissolution of marriage is the final termination of a marriage, canceling the legal duties and responsibilities of marriage and dissolving the bonds of matrimony between married persons. In most countries, divorce requires the sanction of a judge or other authority in a legal process.

In western countries, a divorce does not declare a marriage null and void, as in an annulment, but divorce cancels the marital status of the parties. Where monogamy is law, this allows each partner to marry another. Where polygyny is legal, divorce allows the woman to marry another.

Divorce laws vary considerably around the world. Divorce is not permitted in some countries, such as in Malta and in the Philippines, though an annulment is permitted.

The legal process for divorce may also involve issues of spousal support, child custody, child support, distribution of property and division of debt, though these matters are usually only ancillary or consequential to the dissolution of the marriage.