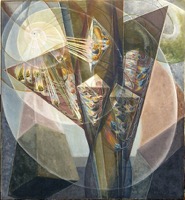 Greek eklektikos, from eklegein to select, from ex- out + legein to gather

Eclecticism was first recorded to have been practiced by a group of ancient Greek and Roman philosophers who attached themselves to no real system, but selected from existing philosophical beliefs those doctrines that seemed most reasonable to them. Out of this collected material they constructed their new system of philosophy. The term comes from the Greek ἐκλεκτικός (eklektikos), literally "choosing the best", and that from ἐκλεκτός (eklektos), "picked out, select". Well known eclectics in Greek philosophy were the Stoics Panaetius and Posidonius, and the New Academics Carneades and Philo of Larissa. Among the Romans, Cicero was thoroughly eclectic, as he united the Peripatetic, Stoic, and New Academic doctrines. Other eclectics included Varro and Seneca.

Eclecticism is a conceptual approach that does not hold rigidly to a single paradigm or set of assumptions, but instead draws upon multiple theories, styles, or ideas to gain complementary insights into a subject, or applies different theories in particular cases.

It can sometimes seem inelegant or lacking in simplicity, and eclectics are sometimes criticized for lack of consistency in their thinking. It is, however, common in many fields of study. For example, most psychologists accept certain aspects of behaviorism, but do not attempt to use the theory to explain all aspects of human behavior.[1]