From Nordan Symposia
(Redirected from Entitles)
Jump to navigationJump to search 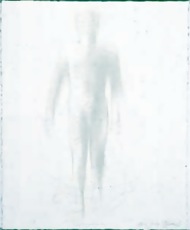 b : the existence of a thing as contrasted with its attributes

An entity is something that has a distinct, separate existence, though it need not be a material existence. In particular, abstractions and legal fictions are usually regarded as entities. In general, there is also no presumption that an entity is animate. Entities are used in system developmental models that display communications and internal processing of, say, documents compared to order processing.

An entity could be viewed as a set containing subsets. In philosophy, such sets are said to be abstract objects.

Sometimes, the word entity is used in a general sense of a being, whether or not the referent has material existence; e.g., is often referred to as an entity with no corporeal form, such as a language. It is also often used to refer to ghosts and other spirits. Taken further, entity sometimes refers to existence or being itself. For example, the former U.S. diplomat George F. Kennan once said that "the policy of the government of the United States is to seek . . . to preserve Chinese territorial and administrative entity."