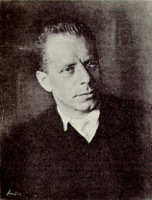 Taking up again the tradition of the Friesian School, this is a non-peer-reviewed electronic journal and archive of philosophy, inaugurated on line July 6, 1996, four years before the end of the 20th Century, just as the brilliant, courageous, prolific, and little appreciated German philosopher Leonard Nelson (1882-1927) started his Abhandlungen der Fries'schen Schule, Neue Folge, attempting a "Reformation of Philosophy," four years after the beginning of the 20th Century.

The essays at this site, addressing many philosophical, historical, scientific, religious, economic, legal, and political issues, range from the fully annotated and technical to more informal and discursive discussions, often originally written for undergraduate classes. Many items therefore should be intelligible to those not familiar with all the arcana of academic philosophy, or with academic philosophy at all. This is done deliberately, since the trend, by which philosophy has become obscure and esoteric and mostly dropped out of popular and literate culture, should be resisted. Work of a similar range, with the appropriate philosophical orientation and grounding, is acceptable and desired for submission to the journal.