From Nordan Symposia
(Redirected from Frustrating)
Jump to navigationJump to search 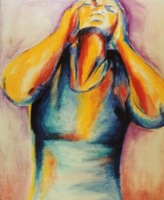 For lessons on the topic of Frustration, follow this link.