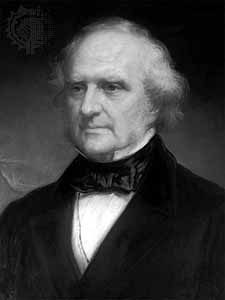 George Peabody (February 18, 1795] - November 4, 1869) was an entrepreneur and philanthropist who founded the Peabody Institute. He was born in what was then Danvers, Massachusetts (now Peabody, Massachusetts), to a middle class family. His birthplace at 205 Washington Street in Peabody is now the George Peabody House Museum ([1]), a museum dedicated to preserving his life and legacy. One of George Peabody's longtime business associates and friends was the renowned banker and art patron, William Wilson Corcoran.

While serving as a volunteer in the War of 1812, Peabody (pronounced PEE-buh-dee) met Elisha Riggs, who, in 1814, provided financial backing for the wholesale dry goods firm of Peabody, Riggs, and Company.

In 1851 he founded George Peabody and Company to meet the increasing demand for securities issued by the American railroads and three years later went into partnership with Junius Spencer Morgan (father of J. P. Morgan) to form Peabody, Morgan and Co., where the two financiers worked together until Peabody’s retirement in 1864. On his retirement, the firm was renamed J. S. Morgan & Co. The former UK merchant bank Morgan Grenfell (now part of Deutsche Bank), international universal bank JPMorgan Chase and investment bank Morgan Stanley can all trace their roots to Peabody's bank. (Chernow: The House of Morgan)

In 1862 in London, Peabody established the Peabody Donation Fund, which continues to this day, as the Peabody Trust, to provide good quality housing "for the deserving poor" in London. The first dwellings opened by the Peabody Trust for the "artisans and labouring poor of London" were opened in Commercial Street, Whitechapel in February 1864. They were designed by the architect H.A. Darbishire in an attractively ornate style, a break from the convention of Gothic that private clients came to require of him.

Peabody was made a Freeman of the City of London, the motion being proposed by Charles Reed in recognition of his financial contribution to London's poor.

In America, Peabody founded and supported numerous institutions in New England]and elsewhere. At the close of the American Civil War, he established the Peabody Education Fund to "encourage the intellectual, moral, and industrial education of the destitute children of the Southern States." His grandest beneficence, however, was to Baltimore; the city in which he achieved his earliest success. 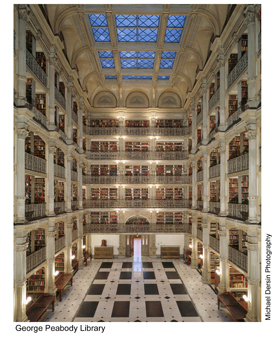 George Peabody is known to have provided benefactions of more than $8 million, most of them in his own lifetime. Among the list are included:

George Peabody never married. He died in London on November 4, 1869, aged 74. At the request of the Dean of Westminster and with the approval of the Queen, Peabody was given a temporary burial in Westminster Abbey.

His will provided that he be buried in the town of his birth, Danvers, Massachusetts, and Prime Minister Gladstone arranged for Peabody's remains to be returned to America on HMS Monarch, the newest and largest ship in Her Majesty's Navy. He is buried in Salem, Massachusetts, at Harmony Grove Cemetery.

The town of South Danvers, Massachusetts changed its name to The City of Peabody, Massachusetts in honor of its favorite son. Peabody is a member of the Hall of Fame for Great Americans located at the Bronx Community College, at the former site of New York University (NYU).