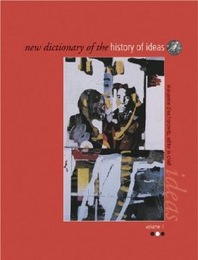 The historian Arthur O. Lovejoy (1873–1962) coined the phrase history of ideas and initiated its systematic study, in the early decades of the twentieth century. For decades Lovejoy presided over the regular meetings of the History of Ideas Club at Johns Hopkins University, where he worked as a professor of history from 1910 to 1939.

Aside from his students and colleagues engaged in related projects (such as René Wellek and Leo Spitzer, with whom Lovejoy engaged in extended debates), scholars such as Isaiah Berlin, Michel Foucault, Christopher Hill, J. G. A. Pocock and others have continued to work in a spirit close to that with which Lovejoy pursued the history of ideas. The first chapter/lecture of Lovejoy's book The Great Chain of Being lays out a general overview of what is intended (or at least what he intended) to be the program and scope of the study of the history of ideas.

Lovejoy's history of ideas takes as its basic unit of analysis the unit-idea, or the individual concept. These unit-ideas work as the building-blocks of the history of ideas: though they are relatively unchanged in themselves over the course of time, unit-ideas recombine in new patterns and gain expression in new forms in different historical eras. As Lovejoy saw it, the historian of ideas had the task of identifying such unit-ideas and of describing their historical emergence and recession in new forms and combinations.