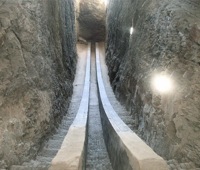 Middle English, from Anglo-French, from Latin incumbent-, incumbens, present participle of incumbere to lie down on, from in- + -cumbere to lie down; akin to cubare to lie. While encumber is derived from the root cumber, most appropriately defined: To occupy obstructively or inconveniently; to block fill up with what hinders freedom of motion or action; to burden, load.

The incumbent, in politics, is the existing holder of a political office. This term is usually used in reference to elections, in which races can often be defined as being between an incumbent and non-incumbent(s). For example, in the 2004 United States presidential election, George W. Bush was the incumbent, because he was the president in the current term while the election sought to determine the president for the following term. In open-seat races (that is, where no incumbent is running), the phrase "incumbent" is sometimes used to refer to the nominee of the party currently holding the office.[1]