From Nordan Symposia
(Redirected from Inevitabilities)
Jump to navigationJump to search 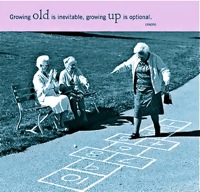 For lessons on the related topic of Determinism, follow this link.

An idea in the philosophy of technology stating that once a technology is introduced into a culture that what follows is inevitable development of that technology. This development occurs not because it is of determinism but because we are able to pursue it and it seems like the right thing to do. This idea is often referred to as the technological imperative. This development can occur with little thought or input from society. This idea is often used in the conversation about technological determinism but these two concepts are clearly different. Determinism is a much broader and stricter way of looking at causes of social, cultural and political development (Chandler).

The following passage from Daniel Chandler's "Technological or Media Determinism", is a good example of the thinking behind the inevitability thesis:

"Arnold Pacey suggests that the technological imperative is commonly taken to be 'the lure of always pushing toward the greatest feat of technical performance or complexity which is currently available' (Pacey 1983, p. 79). The mathematician John von Neumann wrote with some alarm that 'technological possibilities are irresistible to man.' (in Mumford 1971, p. 186). Jacques Soustelle declared of the atomic bomb that 'Since it was possible, it was necessary' (in Ellul 1964, p. 99). And fatalists might add that since we can now destroy the planet, in time we will. The technological imperative is a common assumption amongst commentators on 'new technologies'. They tell us, for instance, that the 'information technology revolution' is inevitably on its way and our task as users is to learn to cope with it."