From Nordan Symposia
(Redirected from Infer)
Jump to navigationJump to search 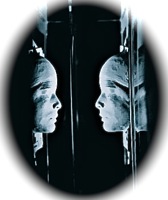 Inference is the act or process of deriving a conclusion based solely on what one already knows.

The accuracy of inductive and deductive inferences

The field of half-truths as they relate to the truth of observations, is another area of concern impacting inference based on observations.

Inferences are either valid or invalid, but not both. Philosophical logic has attempted to define the rules of proper inference, i.e. the formal rules that, when correctly applied to true premises, lead to true conclusions. Aristotle has given one of the most famous statements of those rules in his Organon. Modern mathematical logic, beginning in the 19th century, has built numerous formal systems that embody Aristotelian logic (or variants thereof).

An example: the classic syllogism

Greek philosophers defined a number of syllogisms, correct three-part inferences, that can be used as building blocks for more complex reasoning. We'll begin with the most famous of them all:

All men are mortal Socrates is a man

All C is B

Since the syllogism fits this form, then the inference is valid. And if the premises are true, then the conclusion is necessarily true.

In predicate logic (a simple but useful formalization of Aristotelician logic), this syllogism can be stated as follows:

Or in its general form:

∀, the universal quantifier, is pronounced "for all". It allows us to state a general property. Here it is used to say that "if any X is a man, X is also mortal".

∴ is the therefore symbol which denotes the conclusion.

All fat people are musicians John Lennon was fat

Therefore John Lennon was a musician

In this case we have two false premises that implies a true conclusion. The inference is valid because it follows the form of a correct inference.

An incorrect inference is known as a fallacy. Philosophers who study informal logic have compiled large lists of them, and cognitive psychologists have documented many biases in human reasoning that favor incorrect reasoning.

AI systems first provided automated logical inference and these were once extremely popular research topics, leading to industrial applications under the form of expert systems and later business rule engines.

An inference system's job is to extend a knowledge base automatically. The knowledge base (KB) is a set of propositions that represent what the system knows about the world. Several techniques can be used by that system to extend KB by means of valid inferences. An additional requirement is that the conclusions the system arrives at are relevant to its task.

Prolog (Programming in Logic) is a programming language based on a subset of predicate calculus. Its main job is to check whether a certain proposition can be inferred from the KB using an algorithm called backward chaining.

Let us return to our Socrates syllogism. We enter into our Knowledge Base the following piece of code:

This states that all men are mortal and that Socrates is a man. Now we can ask Prolog about Socrates.

On the other hand :

This is because Prolog does not know anything about Plato, and hence defaults to any property about Plato being false (the so-called closed world assumption). Prolog can be used for vastly more complicated inference tasks. See the corresponding article for further examples.

Automatic inference and the semantic web

Recently automatic reasoners found in semantic web a new field of application. As OWL is based upon first-order logic, knowledge expressed using it can be logically processed, i.e. inference can be made upon it. 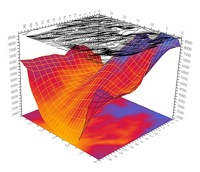 Traditional logic is only concerned with certainty - one progresses from certain premises to certain conclusions. There are several motivations for extending logic to deal with uncertain propositions and weaker modes of reasoning.

The reason most examples of applying deductive logic, such as the one above, seem artificial is because they are rarely encountered outside fields such as mathematics. Most of our everyday reasoning is of a less "pure" nature.

To take an example: suppose you live in a flat. Late at night, you are awoken by creaking sounds in the ceiling. You infer from these sounds that your neighbour upstairs is having another bout of insomnia and is pacing in his room, sleepless.

Although that reasoning seems sound, it does not fit in the logical framework described above. First, the reasoning is based on uncertain facts: what you heard were creaks, not necessarily footsteps. But even if those facts were certain, the inference is of an inductive nature: perhaps you have often heard your neighbour at night, and the best explanation you have found is that he or she is an insomniac. Hence tonight's footsteps.

It is easy to see that this line of reasoning does not necessarily lead to true conclusions: perhaps your neighbour had a very early plane to catch, which would explain the footsteps just as well. Uncertain reasoning can only find the best explanation among many alternatives.

Philosophers and scientists who follow the Bayesian framework for inference use the mathematical rules of probability to find this best explanation. The Bayesian view has a number of desirable features - one of them is that it embeds deductive (certain) logic as a subset (this prompts some writers to call Bayesian probability "probability logic", following E. T. Jaynes).

Through the rules of probability, the probability of a conclusion and of alternatives can be calculated. The best explanation is most often identified with the most probable (see Bayesian decision theory). A central rule of Bayesian inference is Bayes' theorem, which gave its name to the field.

A relation of inference is monotonic if the addition of premises does not undermine previously reached conclusions; otherwise the relation is nonmonotonic. Deductive inference, at least according to the canons of classical logic, is monotonic: if a conclusion is reached on the basis of a certain set of premisses, then that conclusion still holds if more premisses are added.

By contrast, everyday reasoning is mostly nonmonotonic because it involves risk: we jump to conclusions from deductively insufficient premises. We know when it is worth or even necessary (e.g. in medical diagnosis) to take the risk. Yet we are also aware that such inference is defeasible—that new information may undermine old conclusions. Various kinds of defeasible but remarkably successful inference have traditionally captured the attention of philosophers (theories of induction, Peirce’s theory of abduction, inference to the best explanation, etc.). More recently logicians have begun to approach the phenomenon from a formal point of view. The result is a large body of theories at the interface of philosophy, logic and artificial intelligence.

There are three types of inference:

Hooke's law is the rule that gives the elongation of a beam (that's an effect) when a force (that's the cause) is acting on a beam.

Inference is not the same as implication. As a verb, to infer means to deduce the meaning of a message one receives. Conversely, to imply is to deliberately communicate a particular meaning through a message.