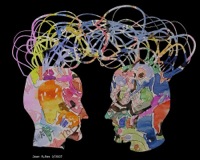 The concept of relevance is studied in many different fields, including cognitive sciences, logic and library and information science. Most fundamentally, however, it is studied in epistemology (the theory of knowledge). Different theories of knowledge have different implications for what is considered relevant and these fundamental views have implications for all other fields as well.

During the 1960s, relevance became a fashionable buzzword, meaning roughly 'relevance to social concerns', such as racial equality, poverty, social justice, world hunger, world economic development, and so on. The implication was that some subjects, e.g., the study of medieval poetry and the practice of corporate law, were not worthwhile because they did not address pressing social issues.

The meaning of "relevance" in U.S. law is reflected in Rule 401 of the Federal Rules of Evidence. That rule defines relevance as "having any tendency to make the existence of any fact that is of consequence to the determination of the action more probable or less probable than it would be without the evidence." In other words, if a fact were to have no bearing on the truth or falsity of a conclusion, it would be legally irrelevant.[1]