From Nordan Symposia
(Redirected from Instruction)
Jump to navigationJump to search 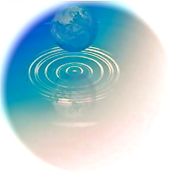 Curriculum has many different conceptions. It may include any educational experience. It may also be conceived as a conversation, relationships, and it is this phenomenon of plurality that is inherent in the new paradigm view of curriculum. (Curricula is the plural form)

For lessons on the topic of Curriculum, follow this link.

In the first published textbook on “Curriculum” in 1918, John Franklin Bobbitt noted that the idea of curriculum has its roots in the Latin word for a race-course, and explained curriculum as the course of deeds and experiences in which children become the adults that they should be, for success in adult society. He explained, further, that curriculum must be understood as encompassing not only those experiences that take place within schools, but the entire scope of formative experience both within and outside of schools. Further, this includes experiences that are not planned or directed, as well as experiences that are intentionally directed (in or out of school) for the purposeful formation of adult members of society. (See image at right.)

Bobbitt saw curriculum as an arena for social engineering. His formulation has two notable features: 1) He assumed that scientific experts would be qualified and justified in designing curricula based on expert knowledge of what qualities are desirable in adult members of society, and what experiences would produce those qualities; and (2) in his definition of curriculum as the experiences that someone ought to have in order to become the kind of adult that they ought to become, he was defining curriculum as an ideal, rather than as the reality of whatever course of experience in actuality forms people as they do actually take form.

Although it appeared formally in Bobbitt's definition, the notion of curriculum as the course of formative experience is also pervasive in the work of John Dewey (who seriously disagreed with Bobbitt on important issues), in Dewey's work on education spanning decades before and after Bobbitt's work. Although this understanding of "curriculum" may be different from some common uses of the word, it continues to be shared as a common understanding among curriculum professionals and researchers who take conflicting positions on a variety of other issues.

In formal education or schooling (see education), a curriculum (plural curricula) is the set of course and their content offered at an institution such as a school or university. In some cases, a curriculum may be partially or entirely determined by an external body (such as the National Curriculum for England in English schools). In the US, the basic curriculum is established by each state with the individual school districts adjusting it to their desires. Each state, however, builds its curriculum relying heavily on the input of national groups selected by the United States Department of Education, for example the National Council of Teachers of Mathematics (NCTM) for mathematics instruction. In Australia each state's Education Department sets the various curricula. UNESCO's International Bureau of Education primary mission is to study curriculum and how it is implemented throughout the world.

Note that the term curriculum may relate to the range of courses that students can select from (as defined above) but may also relate to a specific learning programme. In the latter context, the curriculum describes the collective teaching, learning and assessment materials that are available for that particular course.

A crucial aspect for learning, understanding through the stimulation of imagination, is absent in the so called "neo-conservative curriculum", which instead stresses the less effective aspects of the amount of knowledge and of logico-mathematical thinking., Norman, R. (2000) Cultivating Imagination in Adult Education Proceedings of the 41st Annual Adult Education Research. Egan, K. (1992). Imagination in Teaching and Learning. Chicago: University of Chicago Press.

A crucial part of the curriculum is the definition of the course objectives which are often expressed in terms of learning outcomes and normally includes the assessment strategy for the program. These learning outcomes (and assessments) are often grouped into units (or modules) and the curriculum, therefore, comprises a collection of such units, each specializing on a specific part of the curriculum. So a typical curriculum would include units on communications, numeracy, information technology, inter-personal skills together with more specialized provision.

When your records refer to these messengers of the kingdom as being "ignorant and unlearned," it was intended to convey the idea that they were laymen, unlearned in the lore of the rabbis and untrained in the methods of rabbinical interpretation of the Scriptures. They were lacking in so-called higher education. In modern times they would certainly be considered uneducated, and in some circles of society even uncultured. One thing is certain: They had not all been put through the same rigid and stereotyped educational curriculum. From adolescence on they had enjoyed separate experiences of learning how to live.[1]