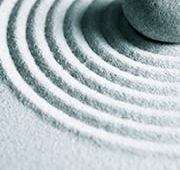 Moral agency is a person's responsibility for making moral judgments and taking actions that comport with morality. A Moral agent is "a being who is capable of acting with reference to right and wrong" [1]

Most philosophers suggest only rational beings, people who can reason and form self-interested judgments, are capable of being moral agents. Some suggest those with limited rationality (for example, people who are mildly mentally disabled) also have some basic moral capabilities.

Determinists argue all of our actions are the product of antecedent causes, and some believe this is incompatible with free will and thus claim that we have no real control over our actions. Immanuel Kant argued that whether or not our real self, the noumenal self, can choose, we have no choice but to believe that we choose freely when we make a choice. This does not mean that we can control the effects of our actions.

It is useful to compare the idea of moral agency with the legal doctrine of mens rea, which means guilty mind, and states that a person is legally responsible for what he does as long as he should know what he is doing, and his choices are deliberate. Some theorists discard any attempts to evaluate mental states and, instead, adopt the doctrine of strict liability, whereby one is liable under the law without regard to capacity, and that the only thing is to determine the degree of punishment, if any. Moral determinists would most likely adopt a similar point of view.

Distinction between moral agency and eligibility for moral consideration

Many philosophers, such as the Kant, view morality as a transaction among rational parties, i.e., among moral agents. For this reason, they would exclude other animals from moral consideration. Others, such as Utilitarian philosophers like Jeremy Bentham and Peter Singer have argued the key to inclusion in the moral community is not rationality — for if it were, we might have to exclude some disabled people and infants, and might also have to distinguish between the degrees of rationality of healthy adults — but the real object of moral action is the avoidance of suffering.