From Nordan Symposia
(Redirected from Mysteries)
Jump to navigationJump to search 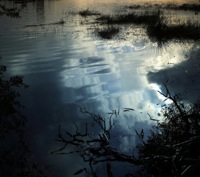 In ancient Greek occurs chiefly in the plural, denoting certain secret religious ceremonies (the most famous being those of Demeter at Eleusis) which were allowed to be witnessed only by the initiated, who were sworn never to disclose their nature (see sense 7a). In the Septuagint the word occurs only in Daniel and the Apocrypha, where it has the sense of ‘secret purpose or counsel’ (especially of a king or of God). This sense is found in the New Testament, where the word also means either a religious truth long kept secret, but now revealed through Christ to his Church, or something of symbolic significance. In later Christian use became equivalent to SACRAMENT n. (in several passages, e.g. Daniel 2:18, the Vulgate renders it by sacramentum, even when it means only ‘secret’; in other passages mysterium is used). In Old French and English the Christian senses of the word appear earliest.

In post-classical Latin (from Vetus Latina) the form misterium occurs with the sense ‘ecclesiastical service’ more usually associated with ministerium MINISTRY n. Confusion between mysterium and ministerium in post-classical Latin is not surprising, given the phonetic and semantic similarity between the two words. The distinction between 3 and MYSTERY n.2 1a, and the distinction between 10 and MYSTERY n.2 2, can only be arbitrary from an etymological point of view.

For lessons on the topic of Mystery, follow this link.

In sense 9 after Middle French mistere (1402 in this sense), post-classical Latin mysterium passion play (1521 in Du Cange). It is uncertain whether this sense is at all influenced by or connected with MYSTERY n.2 (with reference to the trades of the performers); compare earlier MIRACLE n. in the same sense in French and English. Dict. Older Sc. Tongue also records the form myster, explaining this as a probable back-formation from the Scots plural form mysteris (see e.g. quot. 1588 at SIC-LIKE adj.).]

2. a. A religious truth known or understood only by divine revelation; esp. a doctrine of faith involving difficulties which human reason is incapable of solving.

b. [In allusion to 2 Thessalonians 2:7, post-classical Latin mysterium iniquitatis (Vulgate), Hellenistic Greek {tau}{gograve} {mu}{upsilon}{sigma}{tau}{ghacu}{rho}{iota}{omicron}{nu} {tau}{ghfrown}{fsigma} {alenis}{nu}{omicron}{mu}{giacu}{alpha}{fsigma}.] mystery of iniquity n. the mystery of the existence of evil and the Devil, whose origin it is supposed reason alone can not explain; (in extended use) any instance of extreme and inexplicable evil or suffering. Formerly also {dag}mystery of wickedness.

3. An ordinance, rite, or sacrament of the Christian Church, esp. (in later use) the Eastern Orthodox Church. In pl.: the Eucharist; the consecrated elements used in the Eucharist.

5. a. A hidden or secret thing; something inexplicable or beyond human comprehension; a person or thing evoking awe or wonder but not well known or understood; an enigma.

b. In weakened use (chiefly ironic or humorous): a puzzle, a conundrum. Esp. in {emem} is a mystery to me and variants.

6. Hidden or mystical meaning; a secret or obscure purpose. Obs.

7. a. A secret rite of an ancient religion or occult society to which only the initiated are admitted. Chiefly in pl. Cf. MYSTERY RELIGION n.

b. Freemasonry. A masonic secret or ritual. Chiefly in pl.

8. Something known only to a particular person; a personal secret. Obs.

10. More generally: an action or practice about which there is or is reputed to be some secrecy; esp. a highly skilful or technical operation in a trade or art. Now usu. in pl. Cf. MYSTERY n.2 2. Now chiefly humorous.

11. a. The quality or condition of being obscure or enigmatic; mysteriousness. Also: mysteries collectively.

shrouded (also {dag}involved, wrapped) in mystery: made obscure or recondite; hard to fathom or interpret.

b. The tendency to make secrets or puzzles of things, esp. for the purpose of exercising undue power or influence; deliberate mysteriousness in speech or behaviour.

13. to make a mystery of [compare Middle French, French faire (un) mystère de (1551)]: to treat as a secret; to make (a thing) out to be more puzzling or inexplicable than it really is, esp. in order to make an impression. Also simply to make a mystery.

19. Brit. slang. Esp. in London: a young woman newly arrived in the city, or having no fixed address; a young or inexperienced prostitute.