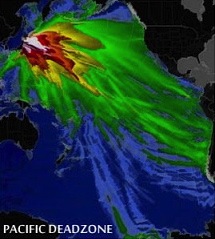 Nuclear power, or Nuclear energy, is the use of exothermic nuclear processes, to generate useful heat and electricity. The term includes the following heat producing processes, nuclear fission, nuclear decay and nuclear fusion. Presently the nuclear fission of elements in the actinide series of the periodic table produce the vast majority of nuclear energy in the direct service of humankind, with nuclear decay processes, primarily in the form of geothermal energy, and radioisotope thermoelectric generators, in niche uses making up the rest. As of 2013, attaining a net energy gain from sustained nuclear fusion reactions, excluding natural fusion power sources such as the Sun, remains an ongoing area of international physics and engineering research.

Nuclear (fission) power stations, that is excluding the contribution from naval nuclear fission reactors, provided about 5.7% of the world's energy and 13% of the world's electricity, in 2012. In 2013, the IAEA report that there are 437 operational nuclear power reactors, in 31 countries. Although not every reactor is producing electricity. In addition, there are approximately 140 naval vessels using nuclear propulsion in operation, powered by some 180 reactors.

For lessons on the topic of Nuclear Power, follow this link.

There is an ongoing debate about the use of nuclear energy. Proponents, such as the World Nuclear Association, the IAEA and Environmentalists for Nuclear Energy contend that nuclear power is a safe sustainable energy source that reduces carbon emissions.[12] Opponents, such as Greenpeace International and NIRS, contend that nuclear power poses many threats to people and the environment.[13][14][15]

Nuclear power plant accidents include the Chernobyl disaster (1986), Fukushima Daiichi nuclear disaster (2011), and the Three Mile Island accident (1979). There have also been some nuclear-powered submarine mishaps. Research into safety improvements is continuing[19] and nuclear fusion, believed to be safer, may be used in the future.

Along with other sustainable energy sources, nuclear power is a low carbon power generation method of producing electricity, with an analysis of the literature on its total life cycle emission intensity finding that it is similar to other renewable sources in a comparison of greenhouse gas(GHG) emissions per unit of energy generated. With this translating into, from the beginning of nuclear power station commercialization in the 1970s, having prevented the emission of approximately 64 gigatonnes of carbon dioxide equivalent(GtCO2-eq) greenhouse gases, gases that would have otherwise resulted from the burning of fossil fuels in thermal power stations.

As of 2012, according to the IAEA, worldwide there were 68 civil nuclear power reactors under construction in 15 countries,[3] approximately 28 of which in the Peoples Republic of China (PRC), with the most recent nuclear power reactor, as of May 2013, to be connected to the electrical grid, occurring on February 17, 2013 in Hongyanhe Nuclear Power Plant in the PRC.

In the USA, two new Generation III reactors are, beginning in March 2013, under construction at Vogtle, a dual construction project which marks the end of a 34 year period of stagnation in the US construction of civil nuclear power reactors. The station operator licenses of almost half the present 104 power reactors in the US, as of 2008, have been given extensions to 60 years, and plans to build another dozen power reactors are under serious consideration.

However, Japan's 2011 Fukushima Daiichi nuclear accident, which occurred in a reactor design from the 1960s, prompted a rethink of nuclear safety and nuclear energy policy in many countries. Germany decided to close all its reactors by 2022, and Italy has banned nuclear power.

Following Fukushima, in 2011 the International Energy Agency halved its estimate of additional nuclear generating capacity to be built by 2035.[1]