From Nordan Symposia
(Redirected from Omnipotent)
Jump to navigationJump to search 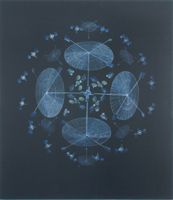 Monotheistic religions generally attribute omnipotence to the deity of whichever faith is being addressed. In the philosophies of most Western monotheistic religions, omnipotence is often listed as one of a deity's characteristics among many, including omniscience, omnipresence, and omnibenevolence. Within the trinity concept of Hinduism, omnipotence is the characteristic of Vishnu and Shiva among the three deities, manifestations of the Supreme God (Brahman).

For lessons on the related topic of Power, follow this link.

Under many philosophical definitions of the term "deity", senses 2, 3 and 4 can be shown to be equivalent. However, on all understandings of omnipotence, it is generally held that a deity is able to intervene in the world by superseding the laws of physics, since they are not part of its nature, but the principles on which it has created the physical world. However many modern scholars (such as John Polkinghorne) hold that it is part of a deity's nature to be consistent and that it would be inconsistent for a deity to go against its own laws unless there were an overwhelming reason to do so.[1]