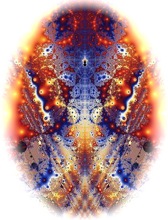 Open source religions attempt to employ open source methodologies in the creation of religious belief systems. (LATimes) As such, their systems of beliefs are created through a continuous process of refinement and dialogue among the believers themselves. In comparison to traditional religions - which are considered authoritarian, hierarchical, and change-resistant - they emphasize participation, self-determination, decentralization, and evolution. Followers see themselves as part of a more generalized |open source movement, which does not limit itself to software, but applies the same principles to other organized, group efforts to create human artifacts. (LATimes see: [1] Divine Inspiration From the Masses by Charles Piller).

Among the first examples of this movement, Yoans (followers of a religion called Yoism [2]) claim that their version of open source religion does not have allegiance to any spiritual guide, rather the sense of authority emerges from the group via consensus. [3] Taking 'yo' off the street and into church

By 2005, a number of other attempts to form open source religions began to take form, for example, The Open Source Order of the Golden Dawn, [5] and Ecclesia Gnostica Universalis.