From Nordan Symposia
(Redirected from Optimistic)
Jump to navigationJump to search 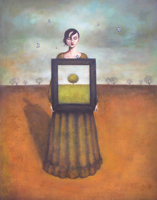 For lessons on the topic of Optimism, follow this link.

The Oxford English Dictionary defines optimism as having "hopefulness and confidence about the future or successful outcome of something; a tendency to take a favourable or hopeful view." The word is originally derived from the Latin optimum, meaning "best." Unlike optimal thinking which is realistic in nature, being optimistic, in the typical sense of the word, ultimately means one expects the best possible outcome from any given situation. This is usually referred to in psychology as dispositional optimism. Researchers sometimes operationalize the term differently depending on their research, however. For example, Martin Seligman and his fellow researchers define it in terms of explanatory style, which is based on the way one explains life events. As for any trait characteristic, there are several ways to evaluate optimism, such as various forms of the Life Orientation Test, for the original definition of optimism, or the Attributional Style Questionnaire designed to test optimism in terms of explanatory style. While the heritability of optimism is largely debatable, most researchers agree that it seems to be a biological trait to some small degree, but it is also thought that optimism has more to do with environmental factors, making it a largely learned trait. It has also been suggested that optimism could appear to be a hereditary trait because it is actually a manifestation of combined traits that are mostly heritable, like intelligence and temperament. Optimism may also be linked to health.[1]