From Nordan Symposia
(Redirected from Outlines)
Jump to navigationJump to search 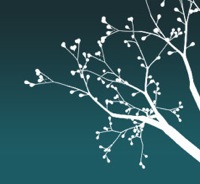 Writers of fiction and creative nonfiction, such as Jon Franklin, may use outlines to establish plot sequence, character development and dramatic flow of a story, sometimes in conjunction with freewriting.

Merriam-Webster's manual for writers and editors (1998, p. 290) recommends that the section headings of an article should, when read in isolation, combine to form an outline of the article content. Garson (2002) distinguishes a 'standard outline', presented as a regular table of contents from a refined tree-like 'hierarchical outline', stating that "such an outline might be appropriate, for instance, when the purpose is taxonomic (placing observed phenomena into an exhaustive set of categories). ... hierarchical outlines are rare in quantitative writing, and the researcher is well advised to stick to the standard outline unless there are compelling reasons not to."[3]

Propædia is the historical attempt of the Encyclopædia Britannica of presenting a hierarchical "Outline of Knowledge" in a separate volume in the 15th edition of 1974. The "Outline of Knowledge" was a project by Adler Mortimer Adler. Propædia had three levels, 10 "Parts" at the top level, 41 "Divisions" at the middle level and 167 "Sections" at the bottom level, numbered, for example "1. Matter and Energy", "1.1 Atoms", "1.1.1. Structure and Properties of Atoms".

An alphanumeric outline uses Roman numerals, capitalized letters, Arabic numerals, and lowercase letters, in that order. Each numeral or letter is followed by a period, and each item is capitalized:

Note that each category above has at least two subcategories.

Some call the Roman numerals above a-heads, the capitalized letters, b-heads, and so on. Some writers also prefer to insert a blank line between the a-heads and b-heads (N.B. these people keep the b-heads and c-heads together, though).

a. In pl. The main features or general principles of a subject, proposal, etc.
b. A brief verbal or written description of something, giving a general idea of the whole but leaving details to be filled in; a rough draft, a summary. Also: a précis of a proposed article, novel, scenario, etc.