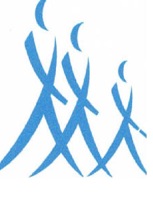 A parent is a mother or father; one who sires or gives birth to and/or nurtures and raises an offspring. The different roles of parents vary throughout the tree of life, and are especially complex in human culture.

Like mothers, fathers may be categorised according to their biological, social or legal relationship with the child. Historically, the biological relationship paternity has been determinative of fatherhood. However, proof of paternity has been intrinsically problematic and so social rules often determined who would be regarded as a father e.g. the husband of the mother.

For lessons on the topic of Parent(ing), follow this link.

A paternity test is conducted to prove paternity, that is, whether a man is the biological father of another individual. This may be relevant in view of rights and duties of the father. Similarly, a maternity test can be carried out. This is less common, because at least during childbirth and pregnancy, except in the case of a pregnancy involving embryo transfer or egg donation, it is obvious who the mother is. However, it is used in a number of events such as legal battles where a person's maternity is challenged, where the mother is uncertain because she has not seen her child for an extended period of time, or where deceased persons need to be identified.

Although not constituting completely reliable evidence, several congenital traits such as attached earlobes, the widow's peak, or the cleft chin, may serve as tentative indicators of (non-)parenthood as they are readily observable and inherited via autosomal-dominant genes.

A more reliable way to ascertain parenthood is via DNA analysis (known as genetic fingerprinting of individuals, although older methods have included ABO blood group typing, analysis of various other proteins and enzymes, or using HLA antigens. The current techniques for paternity testing are using polymerase chain reaction (PCR) and restriction fragment length polymorphism (RFLP). For the most part however, genetic fingerprinting has all but taken over all the other forms of testing.

Parent-offspring conflict describes the evolutionary conflict arising from differences in optimal fitness of parents and their offspring. While parents tend to maximize the number of offspring, the offspring can increase their fitness by getting a greater share of parental investment often by competing with their siblings. The theory was proposed by Robert Trivers in 1974 and extends the more general selfish gene theory and has been used to explain many observed biological phenomena.[1] For example, in some bird species, although parents often lay two eggs and attempt to raise two or more young, the strongest fledgling takes a greater share of the food brought by parents and will often kill the weaker sibling, an act known as siblicide.

David Haig has argued that human fetal genes would be selected to draw more resources from the mother than it would be optimal for the mother to give, an hypothesis that has received empirical support. The placenta, for example, secretes allocrine hormones that decrease the sensitivity of the mother to insulin and thus make a larger supply of blood sugar available to the fetus. The mother responds by increasing the level of insulin in her bloodstream, the placenta has insulin receptors that stimulate the production of insulin-degrading enzymes which counteract this effect.[2]