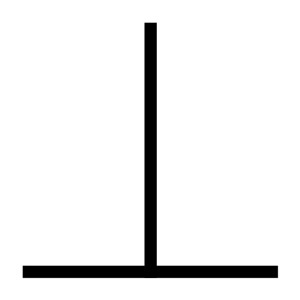 b : being at right angles to a given line or plane

In geometry, the word perpendicular describes the relationship between two geometric objects that meet at a right angle.