From Nordan Symposia
(Redirected from Predestination)
Jump to navigationJump to search 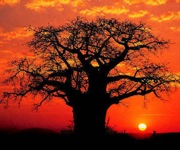 Providence, is the sovereignty, superintendence, or agency of God over events in people's lives and throughout history.

The word comes from Latin providentia "foresight, prudence", from pro- "ahead" + videre "to see". The current meaning of the word (Divine Providence) derives from the sense "knowledge of the future" or omniscience, which is the privilege of God. The initial meaning of providere remains in 'to provide' = "to take precautionary measures".

Providence does not mean that God has decided all things for us and in advance. God loves us too much to do that, for that would be nothing short of cosmic tyranny. Man does have relative powers of choice. Neither is the divine love that shortsighted affection which would pamper and spoil the children of men.

Providence is not whimsical, neither is it fantastic nor magical. It is the slow and sure emergence of the mighty sovereign of the finite universes, whose majestic presence the evolving creatures occasionally detect in their universe progressions. Providence is the sure and certain march of the galaxies of space and the personalities of time toward the goals of eternity.