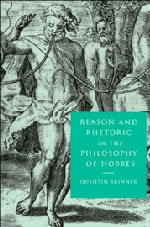 Quentin Robert Duthie Skinner (born 26 November, 1940) is Regius Professor of Modern History at University of Cambridge. From 2008 he will be Professor in the Humanities at Queen Mary, University of London.

Quentin Skinner was born the second son of Alexander Skinner, CBE (died 1979), and Winifred Rose Margaret, née Duthie (died 1982). Educated at Bedford School and Gonville and Caius College Cambridge, he was elected into a Research Fellowship there in 1962 upon obtaining a British undergraduate degree in History, and immediately gained a teaching Fellowship at Christ's College, Cambridge, where he has been ever since. He is now also an Honorary Fellow of Caius.

In the middle 1970s he spent four formative years at the Institute for Advanced Study at Princeton, initially as an historian and latterly in the School of Social Science. It was there that he met Raymond Geuss, now a colleague at Cambridge, who, together with John Dunn, forms the so-called "Cambridge School" of political theory. In 1978 he was appointed to the chair of Political Science at Cambridge University, and in 1996 he was appointed Regius Professor. He was pro-vice-chancellor of Cambridge University in 1999. In 1979 he married Susan James; they have a daughter and a son.

Skinner's historical writings have been characterised by an interest in recovering the ideas of Early Modern and previous political writers. This has been spread over Renaissance republican authors (see in Principal publications below, The Foundations of Modern Political Thought 1978, the 'pre-Humanist' dictatores of later medieval Italy, through Niccolò Machiavelli, and more recently (in Liberty before Liberalism 1998 the English republicans of the mid-seventeenth century (including John Milton, James Harrington, and Algernon Sidney. The work of the 1970s and 1980s was in good part directed towards writing an account of the history of the modern idea of the state. In more recent publications he has preferred the more capacious term 'neo-Roman' to 'republican'.

He is generally regarded as one of the two principal members of the influential 'Cambridge School' of the study of the history of political thought. The other principal member of this school is the historian J.G.A. Pocock, whose The Ancient Constitution and the Feudal Law (1957) was a significant early influence. Another important stimulus came from the work of Peter Laslett, and more particularly from Laslett's decisive edition of John Locke's Two Treatises of Government (1966).

The 'Cambridge School' is best known for its attention to the 'languages' of political thought. Skinner's particular contribution was to articulate a theory of interpretation which concentrated on recovering the author's intentions in writing classic works of political theory (Machiavelli, Thomas More, and Thomas Hobbes have been continuing preoccupations). This theory was initially presented in terms of speech act theory. One of the consequences of this account of interpretation is an emphasis on the necessity of studying less well-known political writers as a means of shedding light on the classic authors. A further consequence has been an attack on the uncritical assumption that political classics are monolithic and free-standing. In its earlier versions this added up to an attack on the approach of an older generation, particularly on that of Leo Strauss.

Skinner's longstanding concern with the speech acts of political writing helps explain his turn at the beginning of the 1990s towards the role of neo-classical rhetoric in early modern political theory, which resulted in his study of Reason and Rhetoric in the Philosophy of Hobbes (1996). Neo-classical rhetoric can be regarded as a form of early modern speech act theory.

More recently, he has turned to the classic preoccupation of Cambridge Regius Professors (not least Lord Acton), the history of liberty. The history of theories of political representation has been an offshoot of this interest.

In a significant development of his earlier and biting critiques of anachronism in the history of ideas, he now advances the view that one purpose of studying the history of political thought is to excavate past ideas in order to reassert their potential importance in modern political debate. Nevertheless, at one point he wrote that we moderns must "do more thinking on our own."