From Nordan Symposia
(Redirected from Scars)
Jump to navigationJump to search 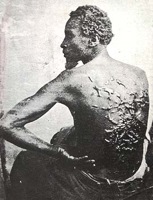 Middle English. First attested in English in late 14th century, the word scar derives from Old French escharre, from Late Latin eschara, which is the latinisation of the Greek ἐσχάρα (eskhara), meaning "hearth, fire-place", but in medicine "scab, eschar on a wound caused by burning or otherwise"

Scars are areas of fibrous tissue (fibrosis) that replace normal skin after injury. A scar results from the biological process of wound repair in the skin and other tissues of the body. Thus, scarring is a natural part of the healing process. With the exception of very minor lesions, every wound (e.g. after accident, disease, or surgery) results in some degree of scarring. An exception to this is animals with regeneration, which do not form scars and the tissue will grow back exactly as before.

Scar tissue is the same protein (collagen) as the tissue that it replaces, but the fiber composition of the protein is different; instead of a random basketweave formation of the collagen fibers found in normal tissue, in fibrosis the collagen cross-links and forms a pronounced alignment in a single direction. This collagen scar tissue alignment is usually of inferior functional quality to the normal collagen randomised alignment. For example, scars in the skin are less resistant to ultraviolet radiation, and sweat glands and hair follicles do not grow back within scar tissue. A myocardial infarction, commonly known as a heart attack, causes scar formation in the heart muscle, which leads to loss of muscular power and possibly heart failure. However, there are some tissues (e.g. bone) that can heal without any structural or functional deterioration.[1]