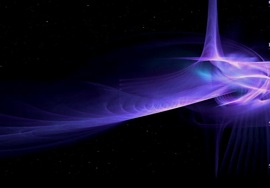 In physics, spacetime is any mathematical model that combines space and time into a single construct called the spacetime continuum. Spacetime is usually interpreted with space being three-dimensional and time playing the role of a fourth dimension that is of a different sort than the spatial dimensions. According to certain Euclidean space perceptions, the universe has three dimensions of space and one dimension of time. By combining space and time into a single manifold, physicists have significantly simplified a large number of physical theories, as well as described in a more uniform way the workings of the universe at both the supergalactic and subatomic levels.

In classical mechanics, the use of Euclidean space instead of spacetime is appropriate, as time is treated as universal and constant, being independent of the state of motion of an observer. In relativistic contexts, however, time cannot be separated from the three dimensions of space, because the rate at which time passes depends on an object's velocity relative to the speed of light and also the strength of intense gravitational fields which can slow the passage of time.

For lessons on the topic of Spacetime, follow this link.

The concept of spacetime combines space and time within a single coordinate system, typically with three spatial dimensions: length, width, height, and one temporal dimension: time. Dimensions are components of a coordinate grid typically used to locate a point in a certain defined "space" as, for example, on the globe by latitude and longitude. In spacetime, a coordinate grid that spans the 3+1 dimensions locates "events" (rather than just points in space), so time is added as another dimension to the grid. Unlike in normal spatial coordinates, there are restrictions for how measurements can be made spatially and temporally. These restrictions correspond roughly to a particular mathematical model which differs from Euclidean space in its manifest symmetry.

Formerly, from experiments at slow speeds, time was believed to be independent of motion, progressing at a fixed rate in all reference frames; however, later high-speed experiments revealed that time slowed down at higher speeds (with such slowing called "time dilation" explained in the theory of "special relativity" ). Many experiments have confirmed time dilation, such as atomic clocks onboard a Space Shuttle running slower than synchronized Earth-bound inertial clocks and the relativistic decay of muons from cosmic ray showers. The duration of time can therefore vary for various events and various reference frames.

When dimensions are understood as mere components of the grid system, rather than physical attributes of space, it is easier to understand the alternate dimensional views as being simply the result of coordinate transformations.

After discovering quaternions, William Rowan Hamilton commented, "Time is said to have only one dimension, and space to have three dimensions. ... The mathematical quaternion partakes of both these elements; in technical language it may be said to be 'time plus space', or 'space plus time': and in this sense it has, or at least involves a reference to, four dimensions. And how the One of Time, of Space the Three, Might in the Chain of Symbols girdled be." Lorentz discovered some invariances of Maxwell's equations late in the 19th century which were to become the basis of Einstein's theory of special relativity. Fiction authors were also in on the game: Edgar Allan Poe stated in his essay on cosmology titled Eureka (1848) that "Space and duration are one." This is the first known published work suggesting this connection between space and time, Poe reaching this conclusion after approximately 90 pages of philosophical reasoning. In 1895, in his novel The Time Machine, H.G. Wells wrote, "There is no difference between time and any of the three dimensions of space except that our consciousness moves along it." He added, "Viking people…know very well that time is only a kind of space." It has always been the case that time and space are measured using real numbers, and the suggestion that the dimensions of space and time could be switched could have been raised by the first people to have formalized physics, but ultimately, the contradictions between Maxwell's laws and Galilean relativity had to come to a head before the idea of spacetime was ready to become mainstream.

While spacetime can be viewed as a consequence of Albert Einstein's 1905 theory of special relativity, it was first explicitly proposed mathematically by one of his teachers, the mathematician Hermann Minkowski, in a 1908 essay "Raum und Zeit". Published in Physikalische Zeitschrift 10 104-111 (1909) and Jahresbericht der Deutschen Mathematiker-Vereinigung 18 75-88 (1909). For an English translation, see Lorentz et al. (1952). building on and extending Einstein's work. His concept of Minkowski space is the earliest treatment of space and time as two aspects of a unified whole, the essence of special relativity. The idea of Minkowski space also led to special relativity being viewed in a more geometrical way, this geometric viewpoint of spacetime being important in general relativity too. (For an English translation of Minkowski's article, see Lorentz et al. 1952.) The 1926 thirteenth edition of the Encyclopedia Britannica included an article by Einstein titled "Space-Time"."Space-Time," Encyclopedia Britannica, 13th ed.[1]